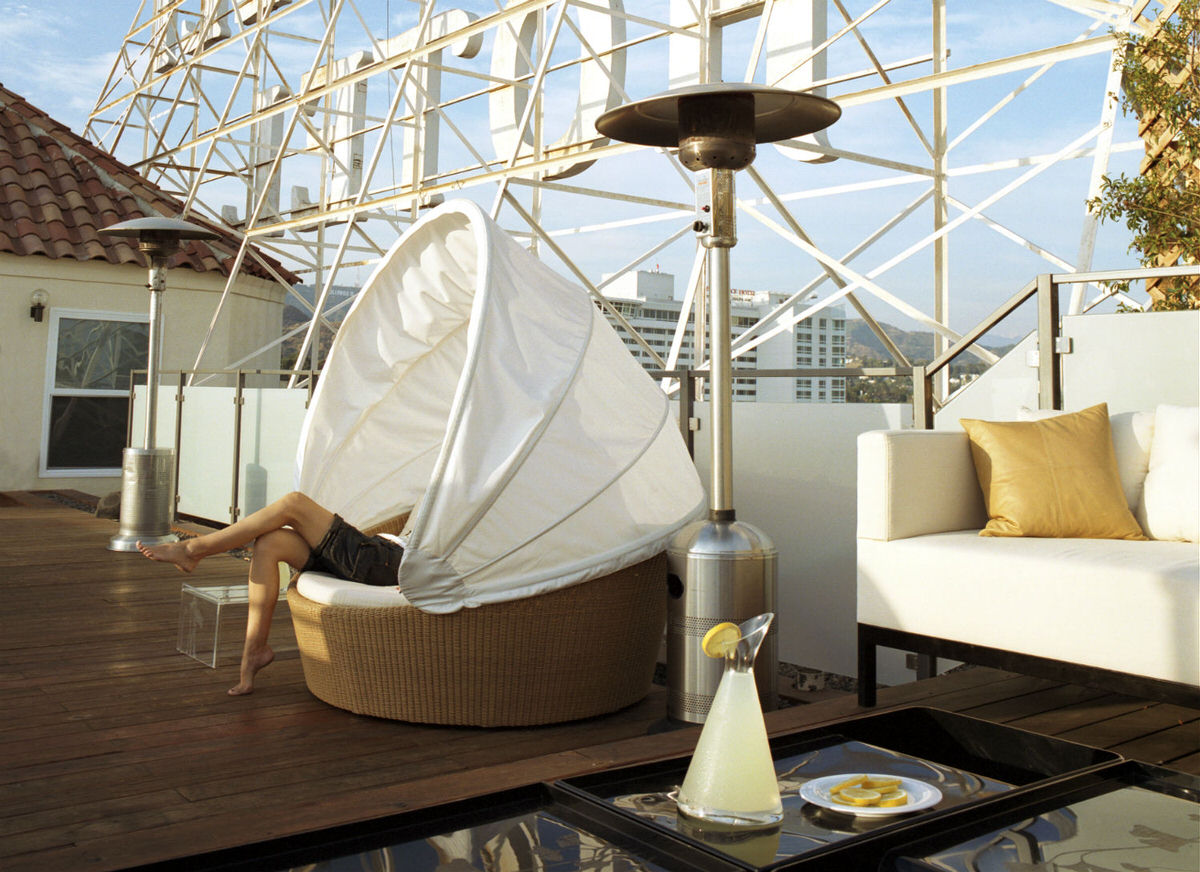 If you’re planning a family vacation in Los Angeles, it seems only right that you should get a chance to rub shoulders with the stars! After all, LA is the home of Tinseltown (most popularly, Hollywood) and the entertainment industry so it makes sense to stay in one of the city’s glitz and glamorous celeb hot spots that are also family-friendly.

We’ve picked out five of the finest hotels in the city that celebrities frequent, so you know where to stay and splurge to live like a star. 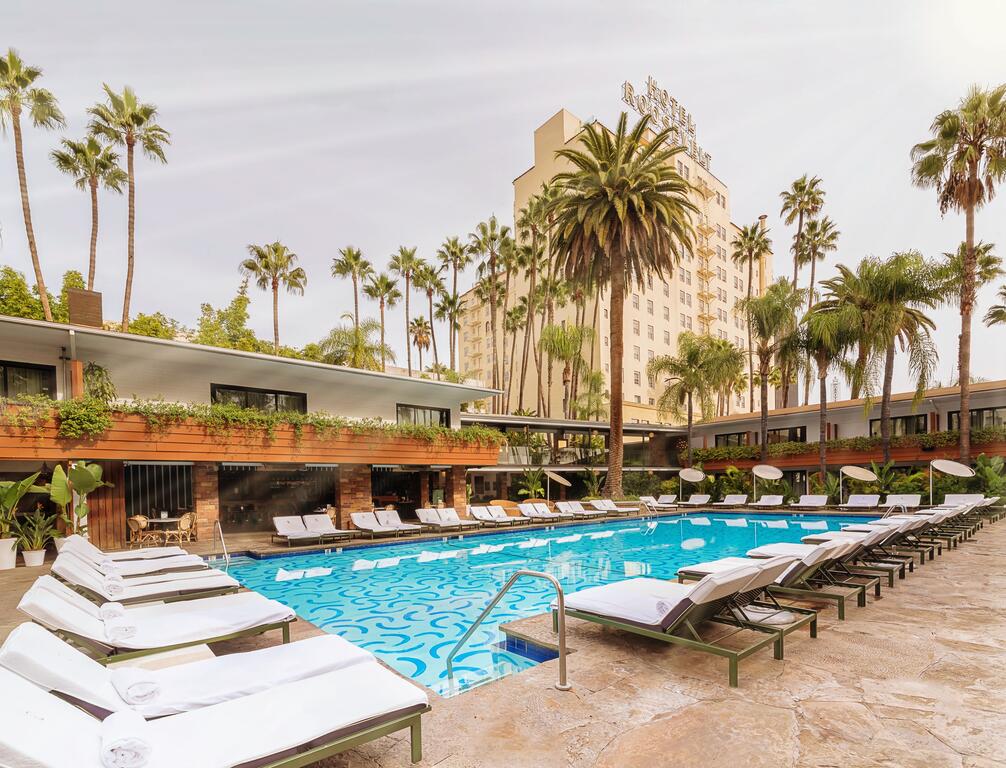 Within walking distance of Griffith Park, the Grauman’s Chinese Theatre, the Walk of Fame and Universal Studios, the historic Hollywood Roosevelt Hotel is a piece of LA culture in itself! Home of the earliest Academy Awards ceremonies and to some of the Silver Screen’s most famous stars, such as Marilyn Monroe, Charlie Chaplin, Clark Gable and Carole Lombard, this hotel is truly part of LA’s movie history. It often hosts industry parties and screenings and its nightclub ‘Teddies’ is a favourite with A’listers like Leonardo Di Caprio. With 300 guestrooms with designer interiors, luxurious amenities and a superb outdoor heated David Hockney pool, it’s a surprisingly family-friendly hotel thanks to the lovely staff, different dining options and large rooms in ‘The Tower’! You’ll also find a fitness center, 24-hour concierge, a business service center and on-site valet parking, as well as cribs and rollaway beds for the kids. Rooms start at $239. 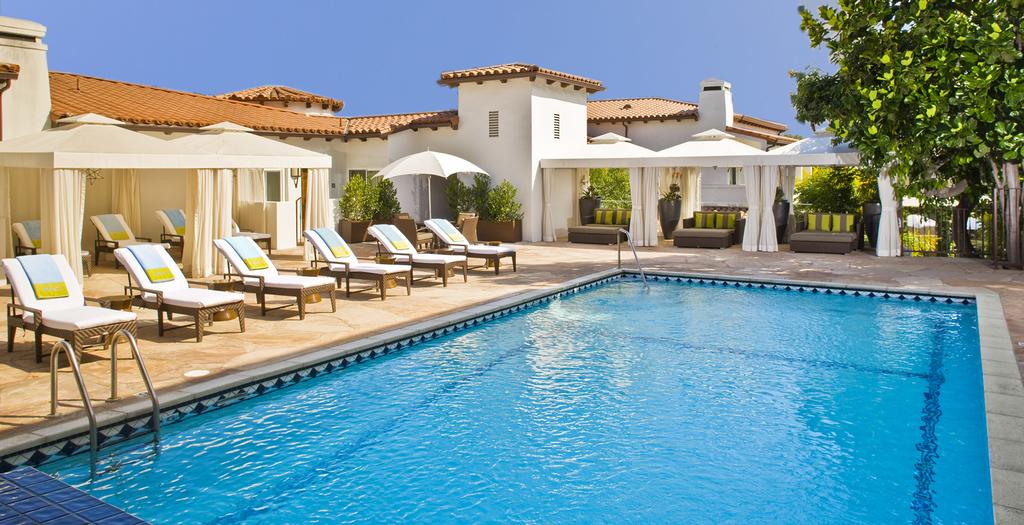 Ideally located between Beverly Hills and Hollywood, Sunset Marquis’ fabulous 152 suites and villas are set in a 3.5-acre Mediterranean garden. The rooms are so large (standard rooms are 575 square feet) and with free cribs on request, it’s easy to hideaway here with the baby! If you want to be star struck, this is the place. Everyone from Justin Timberlake to Madonna and Green Day have been spotted here. It’s even got an on-site studio for visiting recording artists. Other big names include Uma Thurman, Keanu Reeves and the Beckhams, not to mention U2 and the Rolling Stones. Nice little extras the entire family will appreciate include the outdoor pool, Frette bed linens, flat screen TVs and granite bathrooms. It’s also worth knowing that the 24-hour room service from the accommodating kitchen can whip up kid-friendly mac and cheese on a reasonable budget! Rooms start at $285. 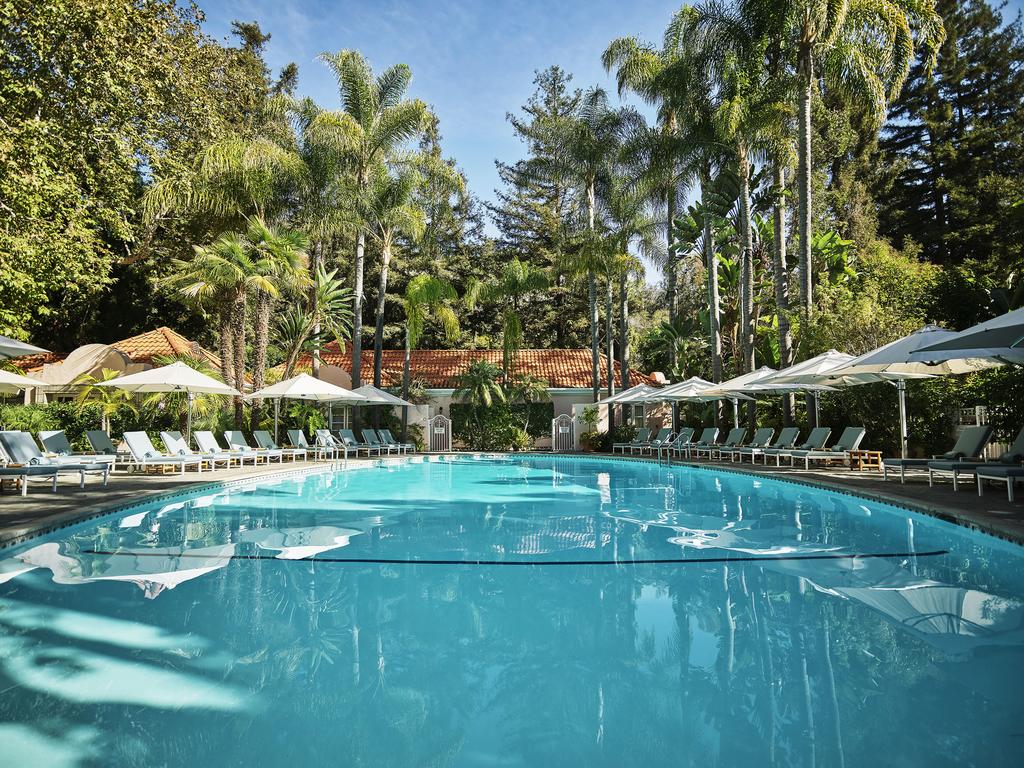 This legendary five-star hideaway tucked away in 12 acres of beautiful gardens even has its own Swan Lake (home to swans Hercules, Athena and Chloe) to go along with the impeccable service, luxurious rooms and royal atmosphere! It’s fitting since royals have stayed here, including Diana Princess of Wales as well as presidents and famous faces like Grace Kelly, Elizabeth Taylor, Warren Beatty, Jim Carrey, Oprah Winfrey and Nicole Kidman. With just 45 unique suites, each has its own garden patio and fireplace so it never feels crowded. You’ll find a Wolfgang Puck restaurant and a La Prairie spa and outdoor pool, as well as fantastic kid-friendly amenities like adorable children’s bathrobes, kids’ menu and babysitting too. Cribs are available on request, and the best news is that kids stay free. Rooms start at $278.

Shutters on the Beach 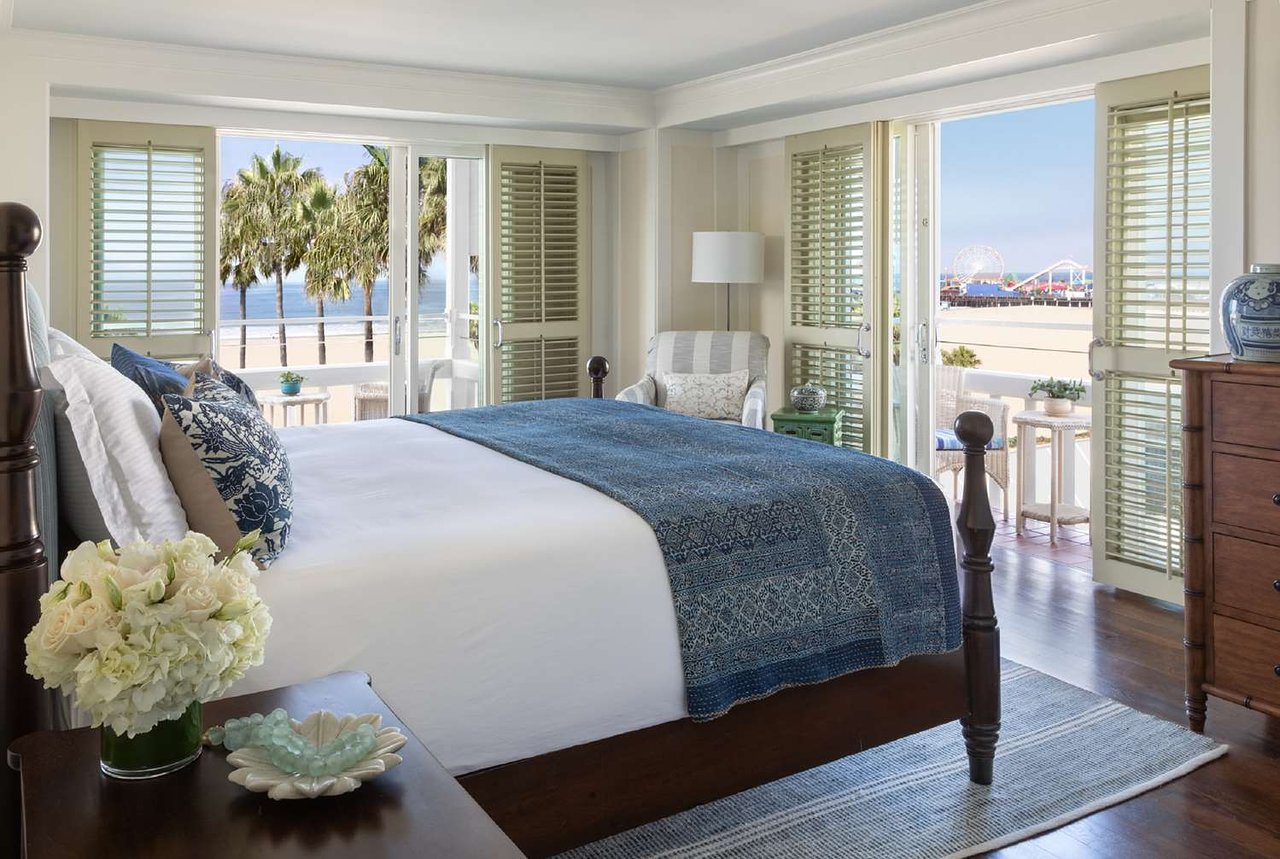 What could be more perfect than a hotel set right on the beach for your family vacation in LA? Within easy reach of the Third Street Promenade and all its attractions, including the Santa Monica Pier and beach, Shutters on the Beach has 186 guestrooms and 12 suites that are super cosy and all about the seaside theme. In addition to cable television and free WIFI, you’ll love the ocean views and smooth service. In the lobby, two large wood-burning fireplaces await, while the gourmet restaurant and outdoor pool are just the place to hang out for a chance to glimpse the likes of Julia Roberts, Ben Affleck, Al Pacino, Brad Pitt, or Angelina Jolie. The hotel can also set up babysitting and provide cribs on request. A’list perfection. Rooms start at $550. 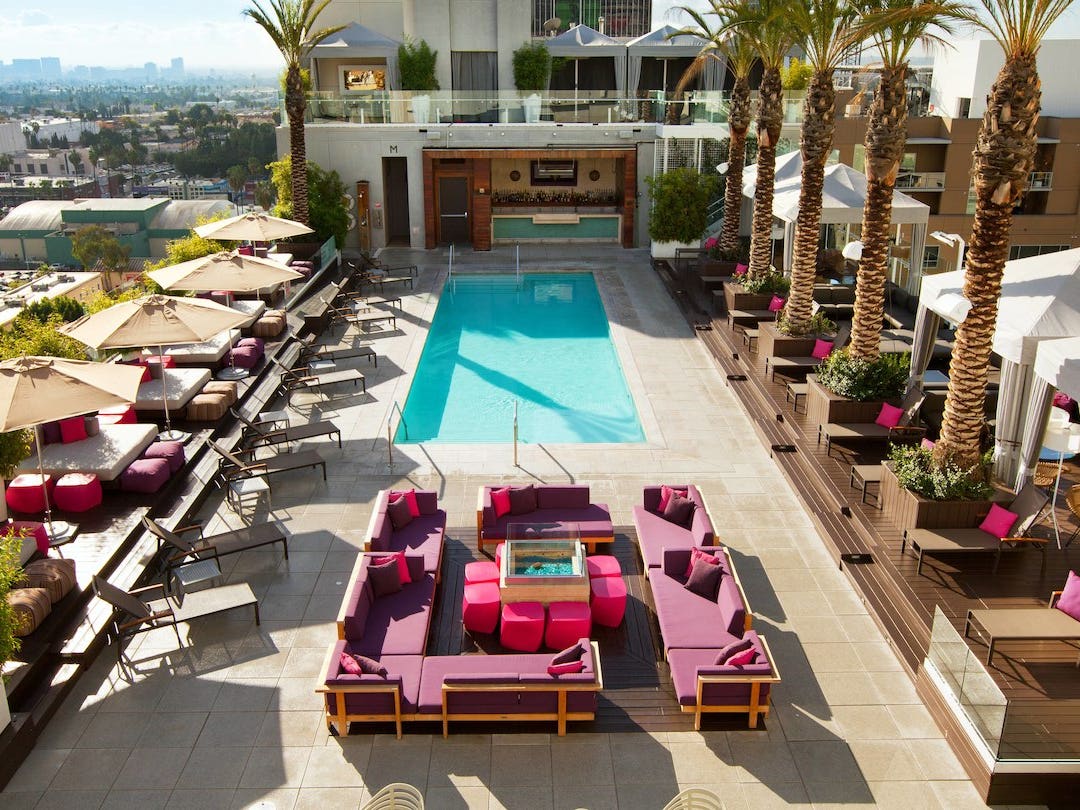 Right on Hollywood and Vine, the sleek W Hollywood is just around the corner from the Kodak Theatre, Grauman’s Chinese Theatre and right on the Hollywood Walk of Fame! The 305 luxurious rooms come with the signature W bed, cutting edge entertainment system and great extras for families like refrigerators, microwaves and kitchenettes for added independence. Parents will also love the Bliss® Spa for relaxation or the fully-equipped SWEAT® Fitness Centre for a workout. Kids will no doubt prefer WET®, the pool area, the in-room movies and Munchie box. Cribs and rollaway beds can be booked ahead, and pets aren’t forgotten either, as you can always book a W Pet Bed ahead too. Could the W be the hippest hotel to experience Los Angeles with kids?