Who doesn’t love dinosaurs? At Texas’ Dinosaur Valley, everyone gets a chance to follow in these massive animals’ footprints, literally. By Jody Halsted 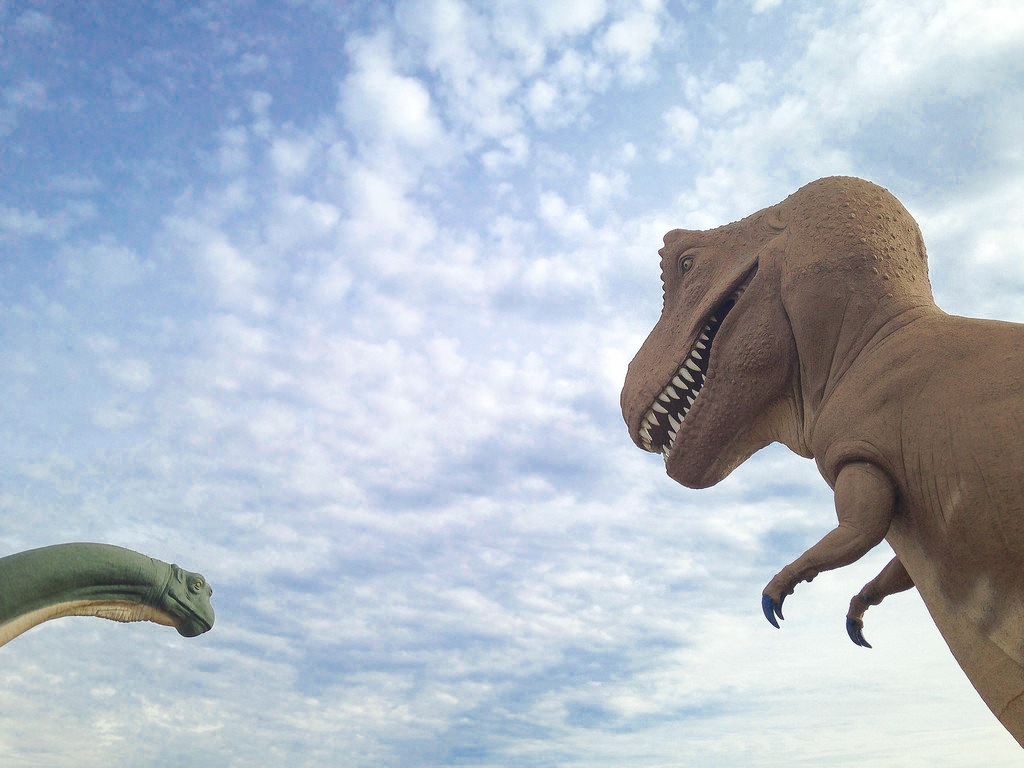 All kids, it seems, go through a ‘dinosaur phase’. And while they may not grow up to be paleontologists, the fascination with dinosaurs never completely goes away.

Dinosaur Valley State Park near Glen Rose, Texas, is one of only a handful of US sites where you can still see dinosaur tracks. Nearly 113 million years ago, at least three different species of dinosaur roamed the edge of a retreating sea. Today you can view their tracks at multiple sites along and in the Paluxy River.

An easy hour drive from Fort Worth, Dinosaur Valley State Park can be visited for a day or for a few, if you decide to camp.

Upon arriving at the park you will pay an admission fee (kids 12 & under are free) at the park headquarters. Find a parking spot and take a few minutes to visit the small interpretive center to learn more about the dinosaurs that left their mark here. Just outside the headquarters is a copy of dinosaur tracks cut from the R.T. Bird Excavation Site. These tracks are incredibly clear and are a terrific example of what you’ll be looking for along the river.

Don’t forget to pick up Texas State Parks Junior Ranger Activity Journals for the kids. By completing the journals they can earn their Junior Ranger Badge for this park!

As you drive into the park you can’t help but notice the fiberglass dinosaur models. Displayed during the 1964-65 New York World’s Fair, they were donated to the park in 1970.

Track Site #1, The Blue Hole, isn’t far from the dinosaur models. A viewing tube sits at the top of the bluff, directing your eye to the three-toed tracks on the rock ledge. An uneven path of dirt and stone leads you closer to the popular swimming hole just off the ledge.

If you ask at park headquarters they will tell you the best spot to view tracks that day. During our visit it was Track Site #2, near the Excavation Site. These tracks are reached via stepping-stones across the Paluxy River. After crossing you’ll see a small pool that appears to have a few tracks. During our visit it also held a few snakes. But the more visible tracks were on the other side of this pool, so we cautiously made our way around to view them. We didn’t end up staying long as the snakes didn’t seem to want us there, venturing out of the water toward us.

(MORE: Good Times in the Badlands: Family-Friendly Attractions in Drumheller)

This is nature- raw and untamed- so come prepared. Sturdy shoes for hiking are a necessity. Hats are a good idea to protect your head from branches, sunburn, and ticks. A walking stick isn’t a bad idea, either. Not only will it help stabilize you on uneven ground, but it’s a good safety tool to fend off snakes or other critters that may get too close.

Multiple trails for hiking, mountain biking, and even horseback riding (you supply the horse), weave through the over 1500 acres of parkland. If you’re watchful you may see two endangered bird species that make their home in the park : the Black-Capped Vireo and the Golden-Cheeked Warbler. 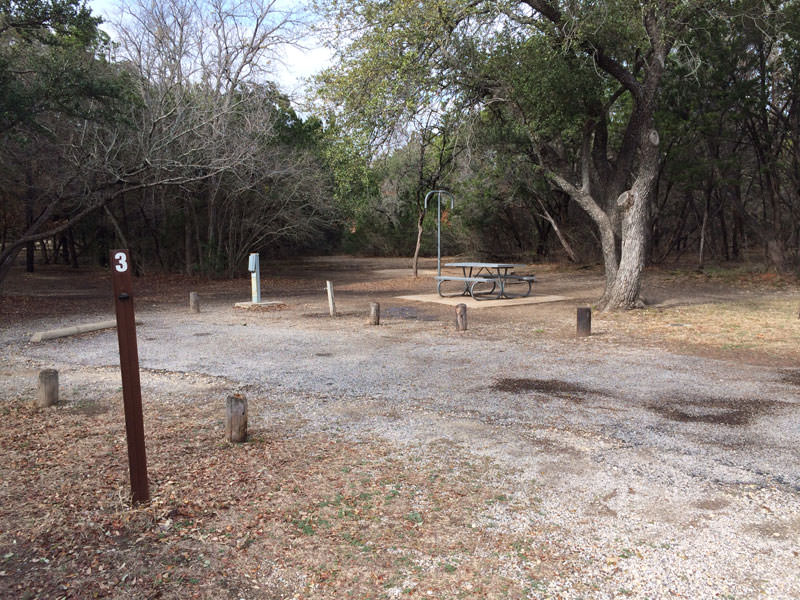 Campsite at the park (Courtesy Texas Parks and Wildlife Department)

Dinosaur Valley State Park has a large campground with both RV and tent sites. RV sites offer water and electric hook-ups; a dump station is located on the way out of the campgrounds. Restrooms, showers, and a playground make camping comfortable for families.

Turning in their finished Junior Ranger packets earned my kids their shiny gold badges – and gave me a chance to ask about the snakes we encountered at Track Site #2. I was told that water snakes are common there. These snakes are non-venomous and usually not territorial.

I hope that sets your mind at ease, because Dinosaur Valley State Park should be on your family travel list the next time to visit Texas.