A thrill ride that combines characters with innovation By Dave Parfitt 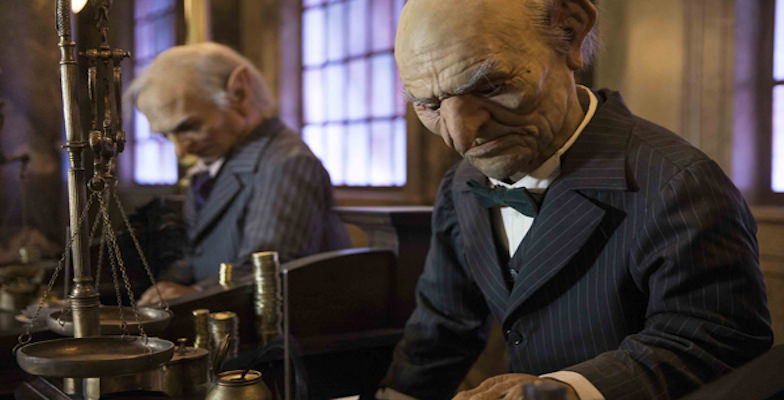 The rush of air you felt was the collective exhale of Potterheads as they learned key details of Universal Orlando’s signature attraction for The Wizarding World of Harry Potter – Diagon Alley. Taking an iconic moment from J.K. Rowling’s final book in the epic saga, Harry Potter and the Escape from Gringotts delves deep below Diagon Alley’s Gringotts bank caverns to bring families face to face with a Dragon, Guard Trolls, Goblins, and the ultimate dark wizard himself – Lord Voldemort. 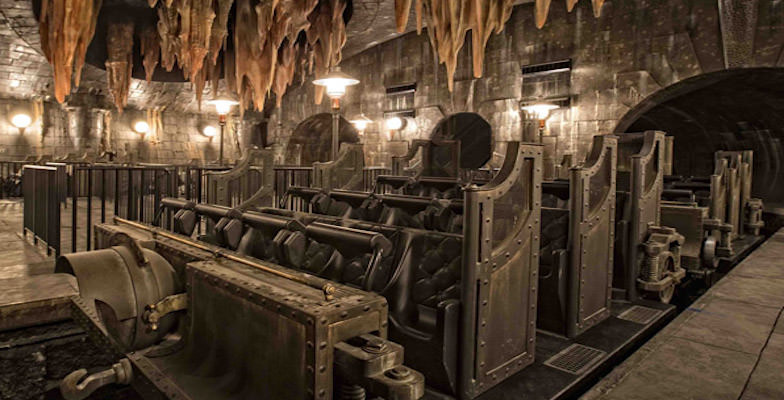 Not quite a roller coaster, Universal Orlando calls Harry Potter and the Escape from Gringotts a “next-generation” thrill ride integrating fully-immersive sets, 4K digital hi-def animation, 3D projection, and live effects to create a seamless attraction. “Harry Potter and the Escape from Gringotts will change the way you think about theme park attractions,” said Mark Woodbury, president of Universal Creative. ”We’ve created an entirely new type of ride that propels guests into the story like never before, and guests will remember it long after their visit to Diagon Alley.” 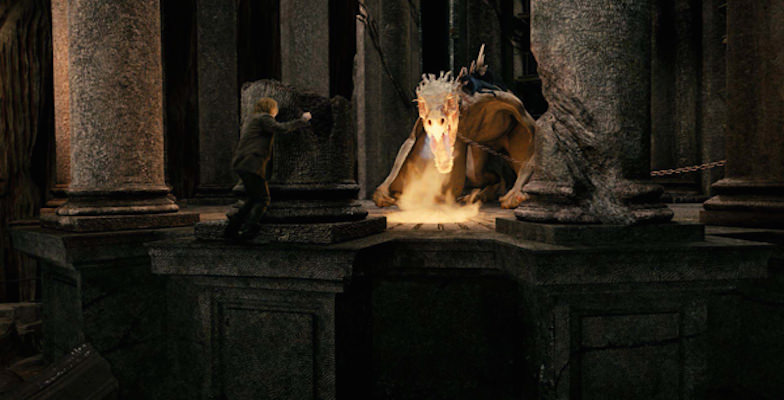 Fans of the Harry Potter books and films will delight to see their favorite characters before them including Harry, Ron, and Hermione, as they travel through Gringotts with Griphook the goblin. As Harry and his friends follow their journey, your 12 passenger ride vehicle meets up with the villainous Bellatrix Lestrange who ultimately sends you to the bank’s nether regions inhabited by a fire-breathing Ukrainian Ironbelly dragon. Harry Potter and the Escape from Gringotts culminates with an intense confrontation with He Who Must Not Be Named, Lord Voldemort himself. 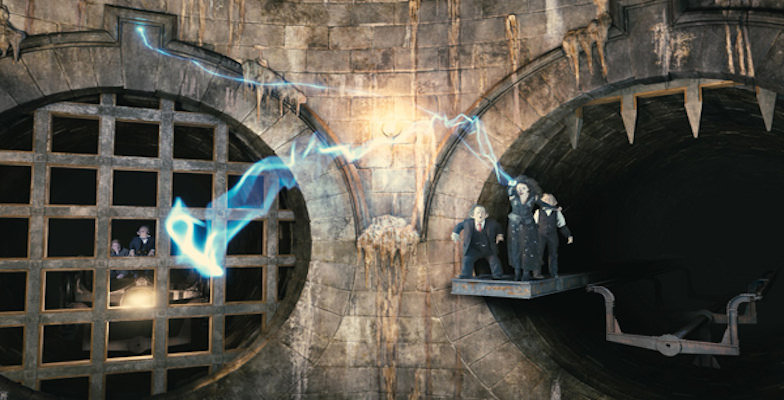 Harry Potter and the Escape from Gringotts will anchor the new Wizarding World of Harry Potter – Diagon Alley opening this summer, 2014. In addition to this thrill ride, wannabe wizards can also journey aboard the Hogwarts Express from Diagon Alley to the Wizarding World of Harry Potter – Hogsmeade (located in Universal Orlando’s Islands of Adventure theme park; 2 park tickets required). Other elements of the new land include Ollivanders wand shop and other marketplaces from the Potter-verse as well as Florean Fortescue’s Ice-Cream Parlour and Leaky Cauldron restaurant.

Watch a video from the makers of the ride HERE. You can find more details on The Wizarding World of Harry Potter by visiting the Universal Orlando website.

Winter Sun Ideas for the Holiday Season and Beyond

A Fun-Filled Day for Kids in Charleston