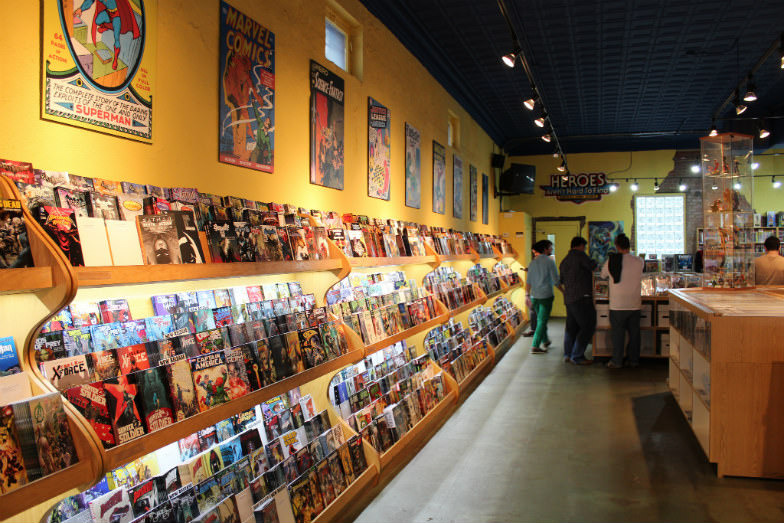 Comic books aren’t just for shy and bookish kids anymore. Thanks in part to Hollywood and to the upsurge of counterculturalism, the world of fantasy, superheroes and villains that once only belonged to introverts is now a cool thing. Just look at the crowds that swarm ComicCon in San Diego every year.

One of the best things about comic books – aside, of course, from the fact that they promote heroism and assert that good guys always triumph in the end – is that they’re easily the most accessible and the most effective way to distract the kids, especially on long flights or drives.

So if you happen to be visiting one of these cities with the kids and they’re getting somewhat antsy, a pit stop at these awesome comic book stores might just be what your vacation needs: 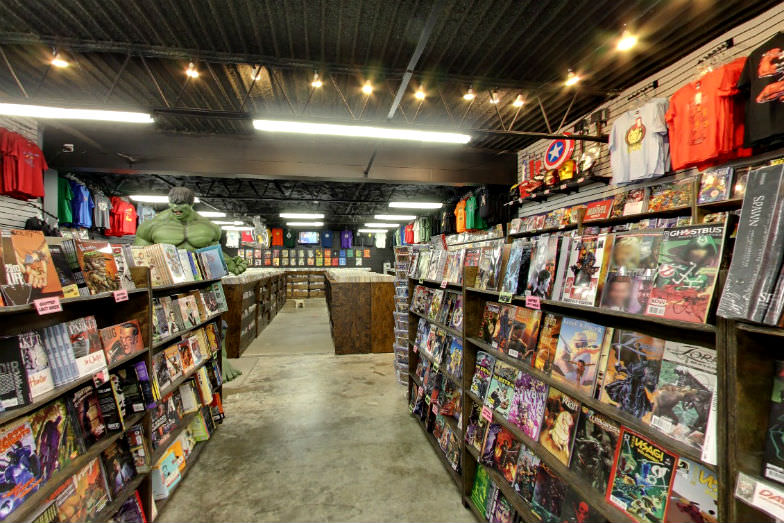 Opened in 1977, Austin Books & Comics is one of Texas’ biggest and longest running comic book stores. Taking your comic book fans and young collectors here is a must while in the Texan capital. Not only do they sell the latest issues and lines, they also carry many first editions and back issues as well as an entire department dedicated to collectibles, which means that you might have to discuss their shopping allowance before your visit. (5002 N Lamar Blvd, 512-454-4197)

(MORE: Vacationing in Austin? Look for kid-friendly hotels to stay in the city.)

Founded in 1992 in downtown Baltimore, this independent Hampden comic book store sells alternative and underground comic books as well as zines and books. If the young comic book fans in your family are ready to upgrade from the usual superhero stories to the more experimental or unconventional titles and comic lines, they’ll definitely enjoy a visit or two. This store is so radical, in fact, that director John Waters actually picks up his fan mail there regularly. (3620 Falls Rd, 410-662-4444)

What’s in a name? Well, with an epic one like “Heroes Aren’t Hard to Find,” this North Carolina comic book store, owned by HeroesCon founder Shelton Drum, impressively lives up to expectations. It’s not only one of the largest comic book retailers in the US, it also has an impressive collection of back issues as well as prides itself in the diversity of its comics, carrying lines from virtually every genre. (1957 E 7th St, 704-375-7462) 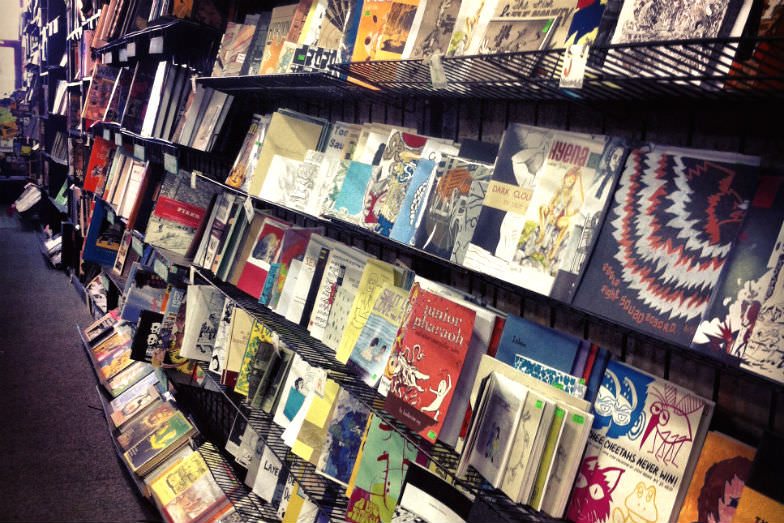 An independent bookstore in Chicago’s Wicker Park, Quimby’s is more for those with a taste for the avant garde. They specialize in underground comics, unusual publications and independent zines. If your teen is tired of the usual superhero in spandex tale and is looking for less mainstream reads, this bookstore is definitely a necessary stop while in the Windy City. (1854 W. North Ave, 773-342-0910)

Located on the famous Sunset Boulevard, this 14,000-square-foot comic book store is frequented by comic book fans visiting Los Angeles. And its massive collection of not just the latest, but also the best comic books is but a tip of the iceberg. Meltdown Comics also has a lot of cool collectibles, merch and toys for your young collectors and an art gallery for the artists in your family. (7522 Sunset Blvd, 323-851-7223)

With their friendly and knowledgeable staff who are more than willing to offer recommendations and a treasure trove of comic book goodies – from comic books and graphic novels, some staff-curated, to action figures and other toys and memorabilia – this Big Easy comic book store is a sure hit with the locals, young and old. (4916 Freret St, 504- 891-3796) 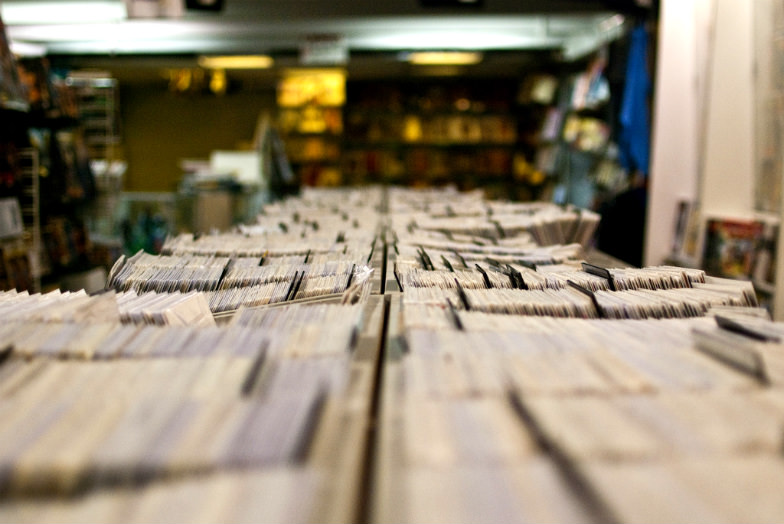 NYC has a number of impressive comic book stores, including fan favorites Midtown Comics and Forbidden Planet, but JHU Comic Books is more of a purist’s paradise. While other comic book stores in the city fill their shelves with other products like cards and board games, JHU focuses more on the comics themselves, with shelves filled with great selections of the latest releases and back issues from wall to wall. Plus, the staff is very friendly. (32 East 32nd St, 212-268-7088)

(MORE: See what other kid-friendly attractions families like to see in New York City. Look at other MiniTimers’ NYC trip plans. 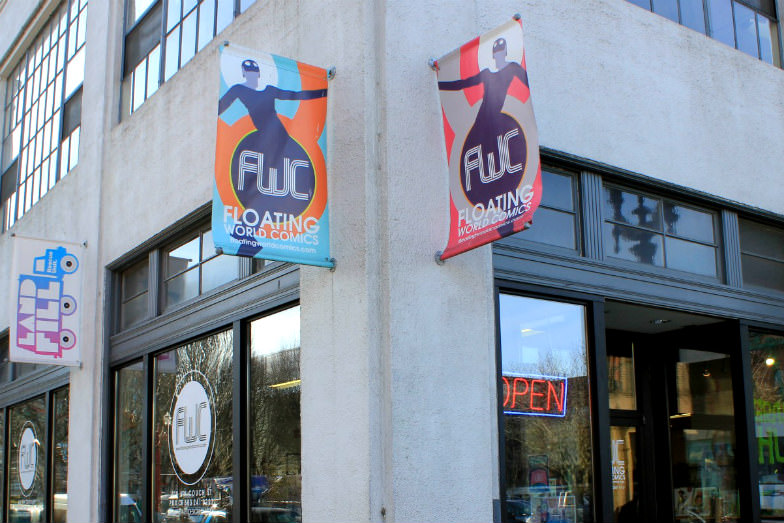 A true Portland establishment, Floating World Comics is more than just a comic book store. It’s a hip community, hosting art shows and a tiny vinyl department. Priding itself on cool aesthetics and style, this is a comic book mecca with a vinyl store feel where independent works, art books and zines fill shelves just as much as the more mainstream comics, graphic novels and mangas. Both the future artists and the comic book lovers in your family will more than appreciate a stopover during your Portland vacation. (400 NW Couch St, 503- 241-0227)

What can you expect from a store that is attached to the only comics and cartoon museum in the West Coast? Where do we even begin? To start with, comic books and cartoons vie for shelf space with history, how-to and art books. Then there are the DVDs, toys, postcards, and other comics and cartoon-related merch. And just because this bookstore in San Francisco’s Financial District is packed to the brim with virtually anything you’re looking for in a comic book store, doesn’t mean they don’t have space for other things. They also support local young artists and regularly host hip community events. (655 Mission St,415-227-8666 extension 300)

If the cool aesthetics of their blue-and-yellow exterior doesn’t get the kids dragging you through the doors, then Big Planet Comics’ impressive collection inside will. This store, originally from Georgetown, prefers the more independent, small-press titles as well as stuff from Europe and Japan that your kids probably haven’t even heard of, but they also carry the more popular ones. True to its name, BPC has established its own comic book world, with podcasts, book signing and meet-and-greet events, and their very own, albeit tiny, comic book publishing house. (1520 U St NW, 202-342-1961)

Utah with Kids: An Insider’s Guide