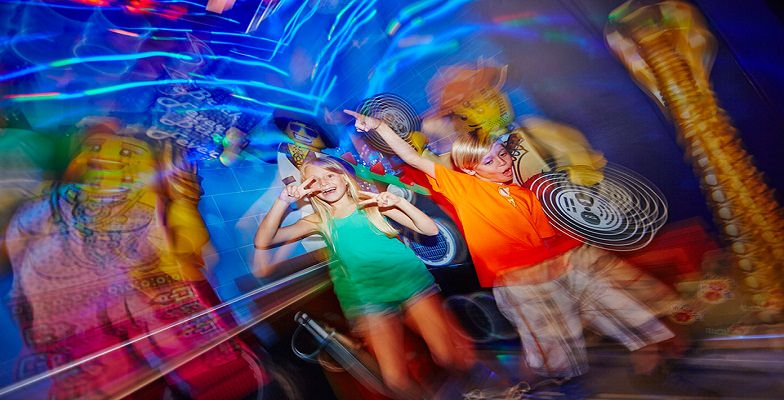 Certainly, kids can find all kinds of thrills in any hotel stay—pretending to use the phone, playing with the ice machine down the hall, or joy-riding the elevator up and down from the lobby. But these six hotels up the ante on that usual elevator ride, with high-climbing thrills, sweeping views or even a few moments of disco dancing. And best of all, they’re free:

The elevator at this Legoland theme park hotel in Carlsbad, California, only rises three floors, but it’s an action-packed trio. The Disco Elevator has walls emblazoned with Lego people, a disco ball hanging from the ceiling, and flashing lights and different tunes playing (say, ABBA’s “Dancing Queen”) every time you ride. The elevator lobby, meanwhile, is equipped with a whoopee cushion spot on the floor to entertain you while you wait for the doors to open.

This grande-dame San Francisco hotel has five exterior elevators on its 32-floor Tower wing, which travel at a brisk 1,000 feet per minute. From any of them you’ll get huge views of Union Square and the rest of the city.

(MORE: Find kid-friendly things to do in San Francisco.) 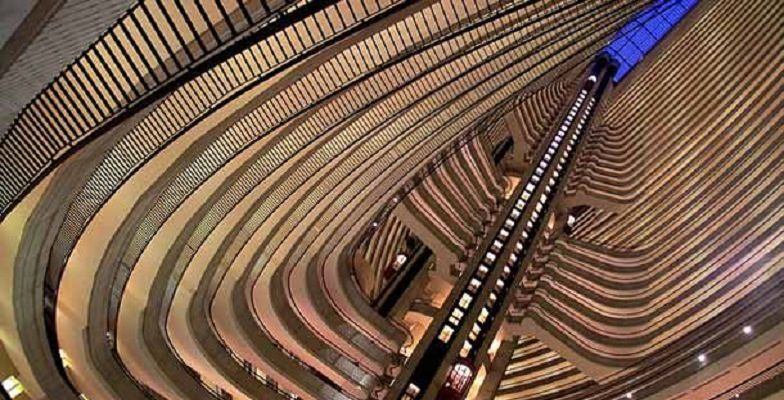 The elevator that climbs to the top of this 50-story Atlanta hotel looks out over the atrium and offers an up-close view of the ceiling’s 50-foot, color-changing canopy sail. The hotel also has indoor and outdoor pools, and is just blocks from both the Georgia Aquarium and Centennial Olympic Park.

Not many people take the kids to Vegas for a lesson in geometry, but the elevator at this hotel on the Strip does provide a teachable moment: since you’re riding along one edge of the pyramid-shaped building, the so-dubbed Inclinator travels at a precise 39-degree angle, giving you a funky view into the hotel atrium from up to 30 floors. Be sure to ride before bedtime, to see the illuminated views into the ancient-Egyptian-style lobby.

(MORE: Use family trip itineraries to plan a kid-friendly trip to Las Vegas.)

The Standard boutique hotel chain has made the elevator experience an excuse to appreciate art. Since 2010, the 18-floor High Line property in New York City has been using its elevator to screen a continuous loop of videos created by artist/director Marco Brambilla. Not to be outdone, the elevator lobby at The Standard East Village is now home to the overhead “Pixel Cloud,” a bubbly installation created by Daniel Arsham. 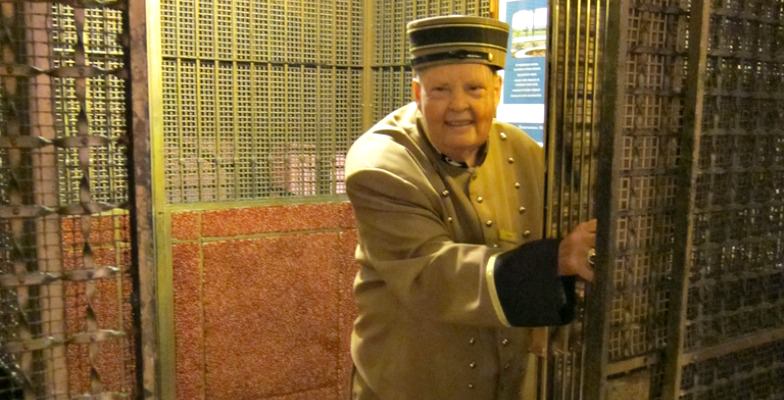 For a ride into elevator history, you can’t argue with this posh San Diego beach hotel’s 126-year-old elevator, the Otis No. 61, which was here when the hotel first opened in 1888 and was one of the first electric elevators made by legendary manufacturer Otis. That’s not the only bit of history here: The Del was also the site of the Marilyn Monroe classic “Some Like It Hot,” and is known to have its own resident ghost.