Home » Natural Namesakes: 4 Other Grand Canyons in the US
Trip-tips

From the mountains to the prairies, a quartet of also-grand canyons By Keryn Means on Dec 11, 2013 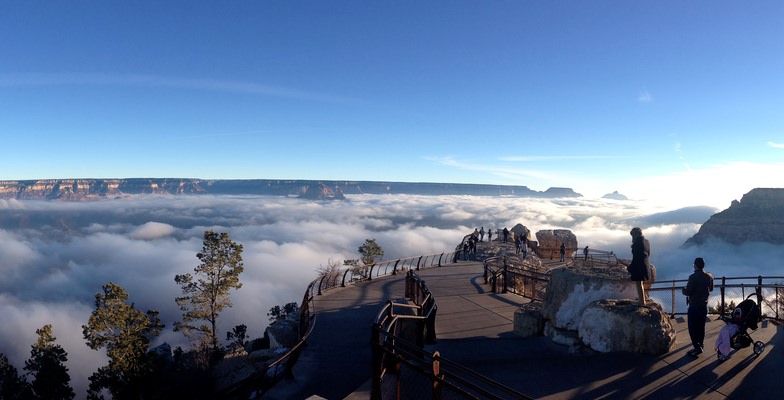 Late fall is a wonderful time to visit Grand Canyon National Park, where you can expect thinner crowds, plentiful hotel rooms and—sometimes, if you’re very lucky—extraordinary weather. Less than two weeks ago, for example, the canyon was covered in a blanket of fog, as a rare temperature inversion trapped cooler air beneath the rim of the gorge.

If trip to Arizona isn’t in the cards, consider some smaller but also worthy alternatives. Did you know that the iconic attraction boasts a quartet of natural namesakes around the country? From the mountains to the prairies of the United States, here are four lesser-known grand canyons that make for a great visit with kids. 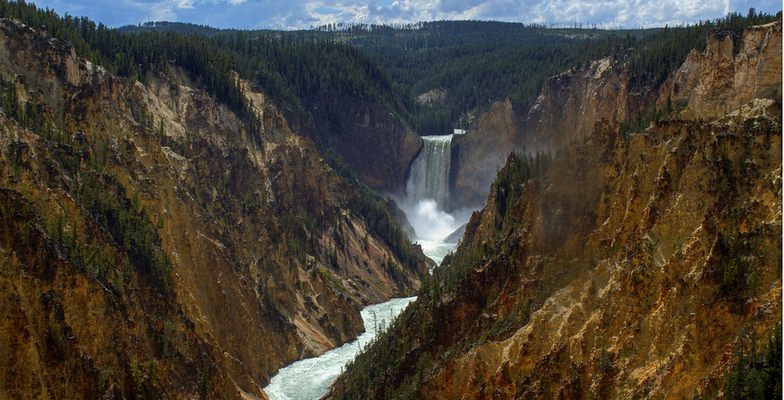 America’s first national park contains a spellbinding canyon 24 miles long, 1,200 feet deep and three-quarters of a mile wide, created by centuries of erosion by the Yellowstone River. The Grand Canyon of Yellowstone is spectacular any time of day, offering many majestic vistas, several waterfalls, and hiking trails galore. For families with younger kids, the best choice is the easy, four-mile North Rim Trail, which starts at Inspiration Point. Just came for the view? Observation platforms are located at many strategic locations, including Inspiration Point, Lookout Point, the brinks of both the Lower and Upper Falls, and Artist Point, an outcropping of land with panoramic views of the canyon and Lower Falls.

Grand Canyon of the East 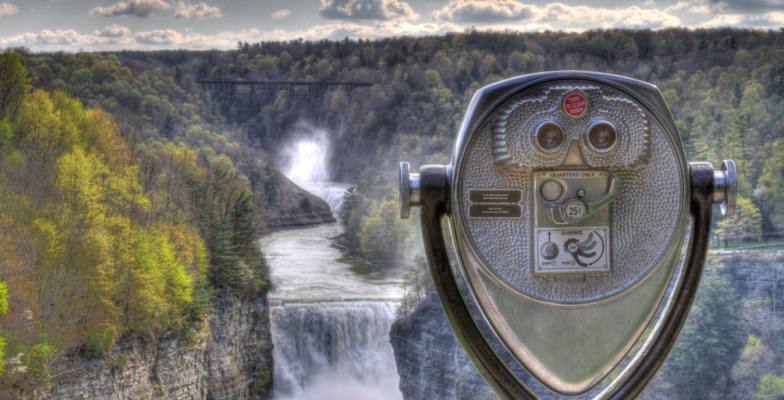 This canyon, located in Letchworth State Park, just southeast of Buffalo, New York, was first known by the Seneca Indians as Sehgahunda, meaning “vale of the three falls.” Today it remains one of the most scenic points in the eastern United States, located where the Genesee River cascades over three large waterfalls. The canyon is surrounded by almost 50 smaller waterfalls in the tributaries flowing into the river, as well as 66 miles of trails for hiking, mountain biking and horseback riding.

Just outside of Chattanooga, the Tennessee River Gorge is also known as the Grand Canyon of Tennessee. This winding canyon makes its way through 26 miles of the Southern Cumberland Mountains, dipping down as far as 2,300 feet from the rocky heights above. The gorge is home to thousands of varieties of plants and wildlife and archeologists have found artifacts proving that man has lived in the area for at least 10,000 years. For the most jaw-dropping views, head to the bluffs just below Signal Point. 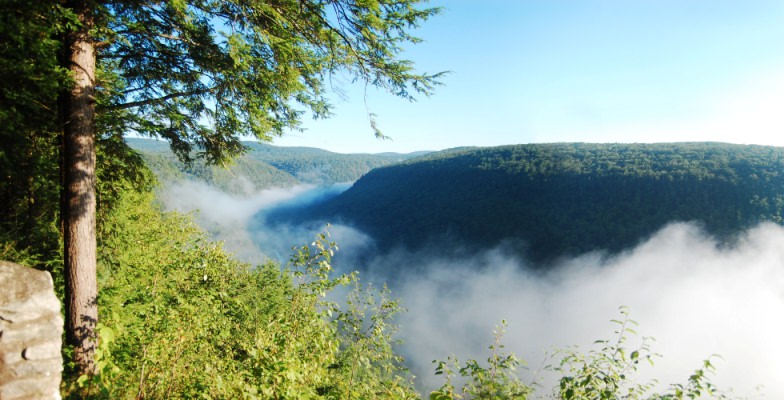 Pine Creek Gorge, located just outside Tioga State Park, is otherwise known as the Grand Canyon of Pennsylvania. Almost 50 miles long and up to 1,000 feet deep, it has a variety of challenging hiking trails and rafting opportunities. Perhaps the best way to experience this canyon, however, is the 62-mile former rail trail that parallels the river at the canyon’s bottom. Alternatively, take the .6-mile Overlook Trail loop, which offers spectacular views of the canyon and the river below. The visitor center has a nice exhibit describing the flora and fauna of the area.

Keryn Means of Walking on Travels contributed this to www.MiniTime.com.

Summer at the Hamptons: Things to Do with the Kids