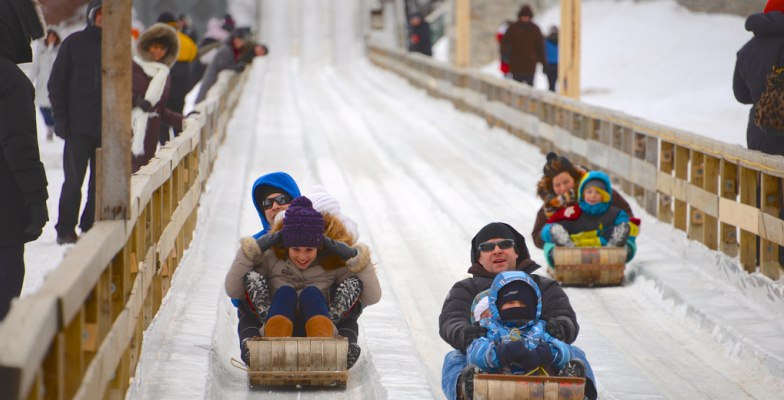 At the height of winter, folks in snowy towns have long created excuses to embrace the cold and shake off cabin fever. Here are nine festivals in North America—some lasting up to three weeks—where you and your family can throw snowballs, see reindeer gallop down city streets, try skijoring, or even celebrate cryogenics:

Because “there’s always snow in Stowe,” this picturesque Vermont resort town throws a party every year with snow carving demonstrations, ski races and a kids’ carnival of games—as well as the much-anticipated competitions of snow golf and snow volleyball.

This annual event began in 1886, in part to spite a New York Times writer who called the Minnesota twin city uninhabitable during the winter. You can’t miss the enormous ice palace, and you won’t want to miss the ice-carving contest, snowplow races, dog sledding, and a re-staging of the overthrow of King Boreas (king of the winds). Families can also take part in a moonlight stroll, fun run, or—giving a slight nod to that Times reporter—some cozy, indoor bounce houses and roller skating. 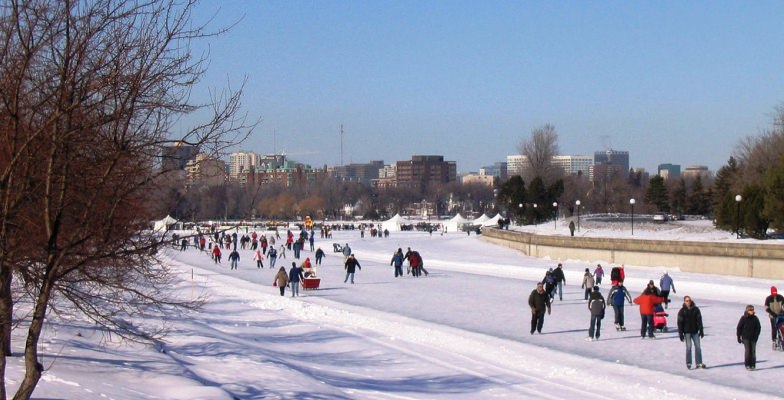 North of the border in Ontario, the city of Ottawa claims the largest natural ice rink in the world: the frozen Rideau Canal, which stretches more than four miles. You can skate through downtown, or play in the giant Snowflake Kingdom in neighboring Jacques Cartier Park. Festivities include bed races, snow slides, obstacle courses, and igloo-building workshops. You can also get a hug and photo op with the big furry character mascots, the groundhog-esque Ice Hogs.

Less than an hour from the Canadian border, this pretty town in New York’s Adirondacks has been hosting this winterfest—with a giant homemade ice palace as its centerpiece—since 1897, when the lake supplied blocks for home iceboxes all over the region. There are winter sports contests—such as alpine and Nordic skiing, kids’ skating races, and curling—as well as snow broomball, snow volleyball, snowshoeing and an all-ages ultimate Frisbee contest. This year’s theme is Celtic Carnival, and festivities will include a parade and fireworks. 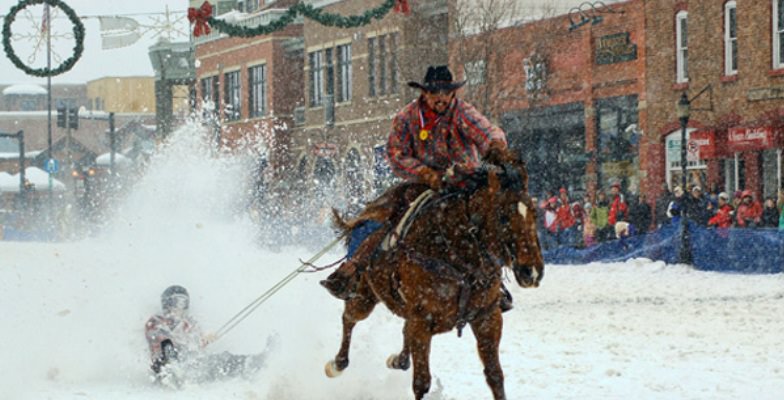 This Colorado ski town’s wonderland has Wild West flair, featuring a biathlon where competitors dress in vintage fur trapper’s clothing and then ski while shooting black powder muzzleloaders. Aside from other traditional ski contests, there are also shovel races, a donkey jump and two races that blur the line between dog sledding and dad sledding: in one contest, family dogs pull their kids on sleds, and in the other, dads do the same, on all fours.

This Montana festival, south of Glacier National Park, pays homage to Ullr, a god of snow. There are parades in the town of Whitefish, as well as ski races, hockey, skijoring (skiers towed by horses), and, for the brave, a dip in chilly Whitefish Lake as part of the annual Penguin Plunge. Kids will especially enjoy watching for the costumed yetis who try to kidnap the snow queen and pull other pranks.

Visit Alaska in late winter and you can witness the northern lights—as well as outhouse races and the annual running of the reindeer, two festive activities that will take to the streets of downtown Anchorage during the 77-year-old Fur Rendezvous. The centerpiece of the Fur Rondy, as locals call it, is dog sledding, but there’s also winter fun such as snow sculpting and snowshoe softball. Hang around a few days afterward and you can watch the Iditarod kick off in town, too.

Just 16 miles west of Boulder, the small town of Nederland, Colorado, was once home to Grandpa Bredo Morstoel, a Norwegian immigrant who has been kept cryogenically frozen in his relatives’ home since his death in 1989. This has inspired an annual weekend of good-humored frozen festivities, from hipster-friendly live music and a beer tent to family-friendly events such as the parade (of hearses), ice carving, frozen-turkey bowling, a brain-freeze contest, and a salmon-tossing competition.