Things to Do for Christmas with Kids in Orlando 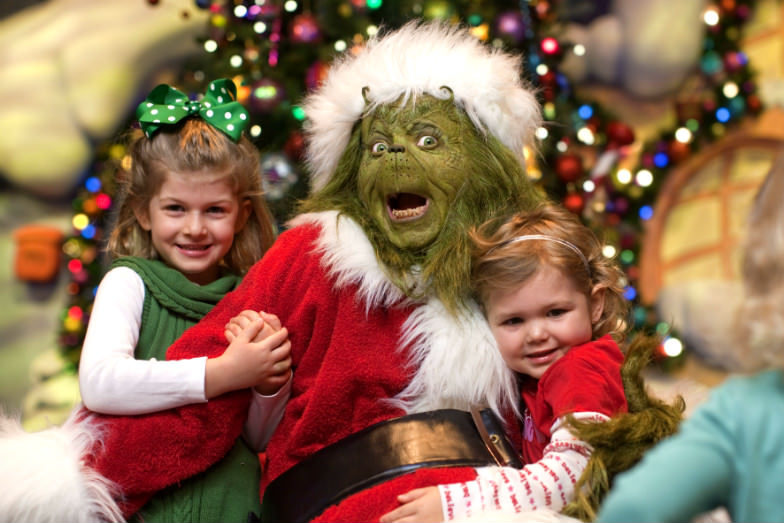 From Mickey Mouse to the Mouse King, Orlando goes all out for the holidays. Walt Disney World, Universal Orlando, and SeaWorld Orlando all strive to out-Griswold each other with their annual light displays. Even outside Orlando’s theme parks, families can find ice slides, gingerbread houses, and endless varieties of decorations and trees. Continue reading for a glimpse of all there is to do during the holiday season around Orlando, Florida. 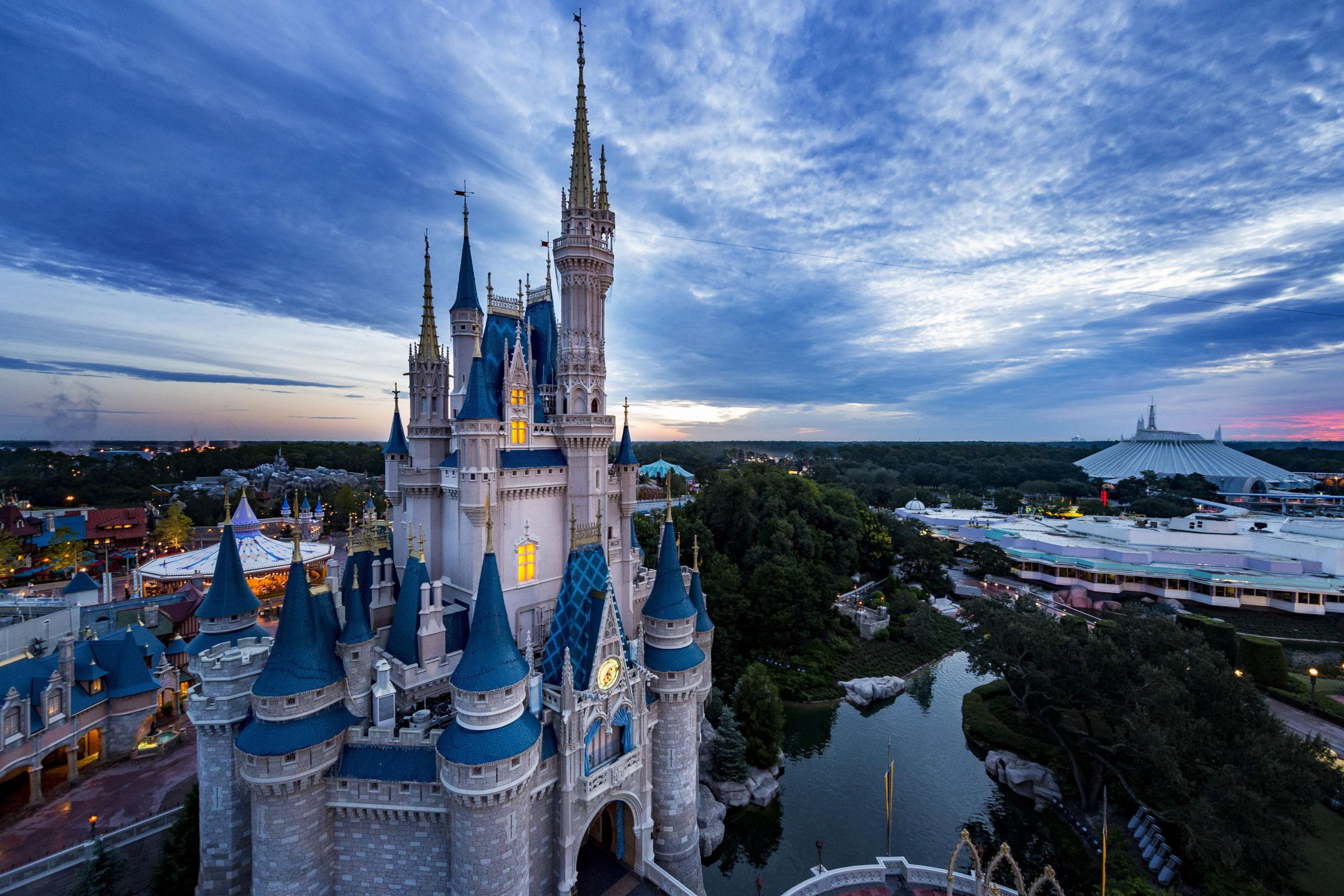 Nobody celebrates the holiday season better than Disney, with over-the-top lights, Christmas trees, and decorations throughout the resort. Brand new for 2014, Elsa, Anna, Kristoff, and Olaf from Disney’s FROZEN join the festivities, and each night during “A FROZEN Holiday Wish” turn Cinderella’s Castle into a shimmering Ice Palace. The FROZEN friends are also new additions to the Magic Kingdom’s “Once Upon a Christmas Time Parade” during Mickey’s Very Merry Christmas Party (requires a separate ticket).

Regular admission to Disney’s Hollywood Studios will let you sing along to FROZEN songs during the brand-new “For the First Time in Forever – a FROZEN Sing-Along Celebration.” A holiday must-see is the Osborne Family Spectacle of Dancing Lights, featuring millions (no exaggeration) of twinkling lights synchronized to holiday tunes amidst falling “snow.”

Epcot highlights cultural holidays around the world, with each country on the World Showcase promenade featuring storytellers and entertainment celebrating their Christmas traditions. The evening culminates with the Candlelight Processional, a joyous retelling of the Christmas story by a celebrity narrator, accompanied by a 50-piece orchestra and glorious mass choir.

Families don’t even need to step into a Disney theme park to get into the holiday spirit with resort hotels dressed to the nines with massive gingerbread displays, chocolate carousels, and Christmas trees. Be sure to take time to go “resort hopping,” and see all the fabulous holiday decorations around Walt Disney World.

While Queen Elsa has an icy grip on Disney World, the Grinch takes over Universal’s Islands of Adventure. Grinchmas includes a Who-liday Spectacular stage show of “How the Grinch Stole Christmas” with a hysterical Grinch and Mannheim Steamroller music. Balloons from Macy’s Thanksgiving Day Parade are shipped straight from New York City to appear daily in Macy’s Holiday Parade at the Universal Studios Florida theme park. On weekends, following the parade, Mannheim Steamroller performs their modern take on Christmas classics in the park. All of Universal Orlando’s holiday entertainment – including the Mannheim Steamroller concerts – are included as part of a park-to-park or multi-day admission to Universal Studios and Islands of Adventure. 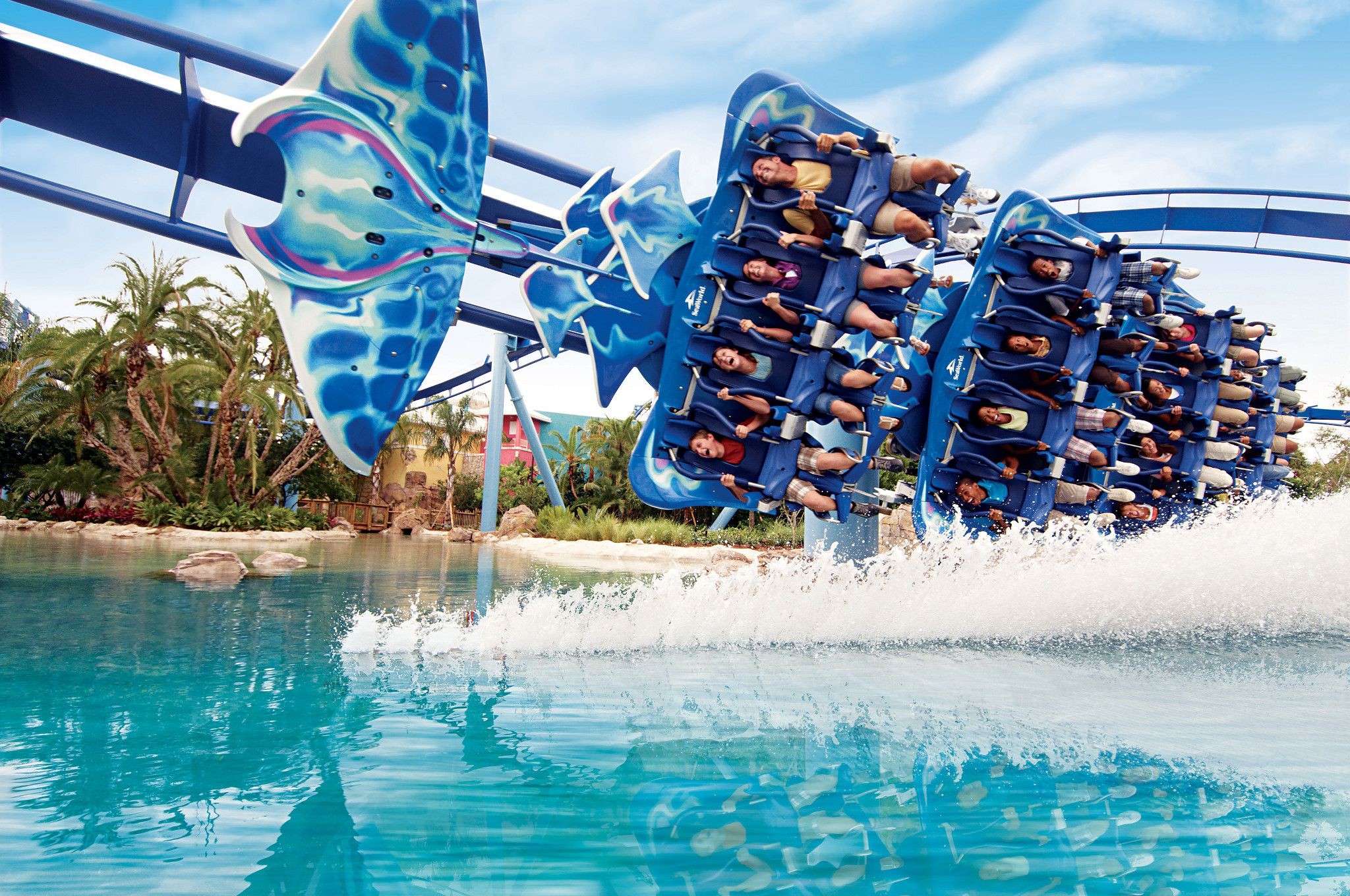 As a marine park, SeaWorld Orlando has a different take on Christmas. SeaWorld’s Christmas Celebration reveals a wintry, but wet, wonderland and includes THE POLAR EXPRESS where families take a trip to the North Pole to meet Santa, and O Wondrous Night, a nativity pageant with puppetry and live animals. As you enter the park it’s impossible to miss the “Sea of Trees” with over 100 Christmas trees creating a dramatic light show, synchronized to holiday music all around the lagoon reflecting off the water. Don’t miss Winter Wonderland on Ice as skaters bring Christmas to life in a mesmerizing display of gliding elegance set to grand holiday classics. Of course, it wouldn’t be SeaWorld without Shamu, and a special holiday performance called Shamu Christmas Miracles features jumping killer whales and live musicians performing seasonal classics. 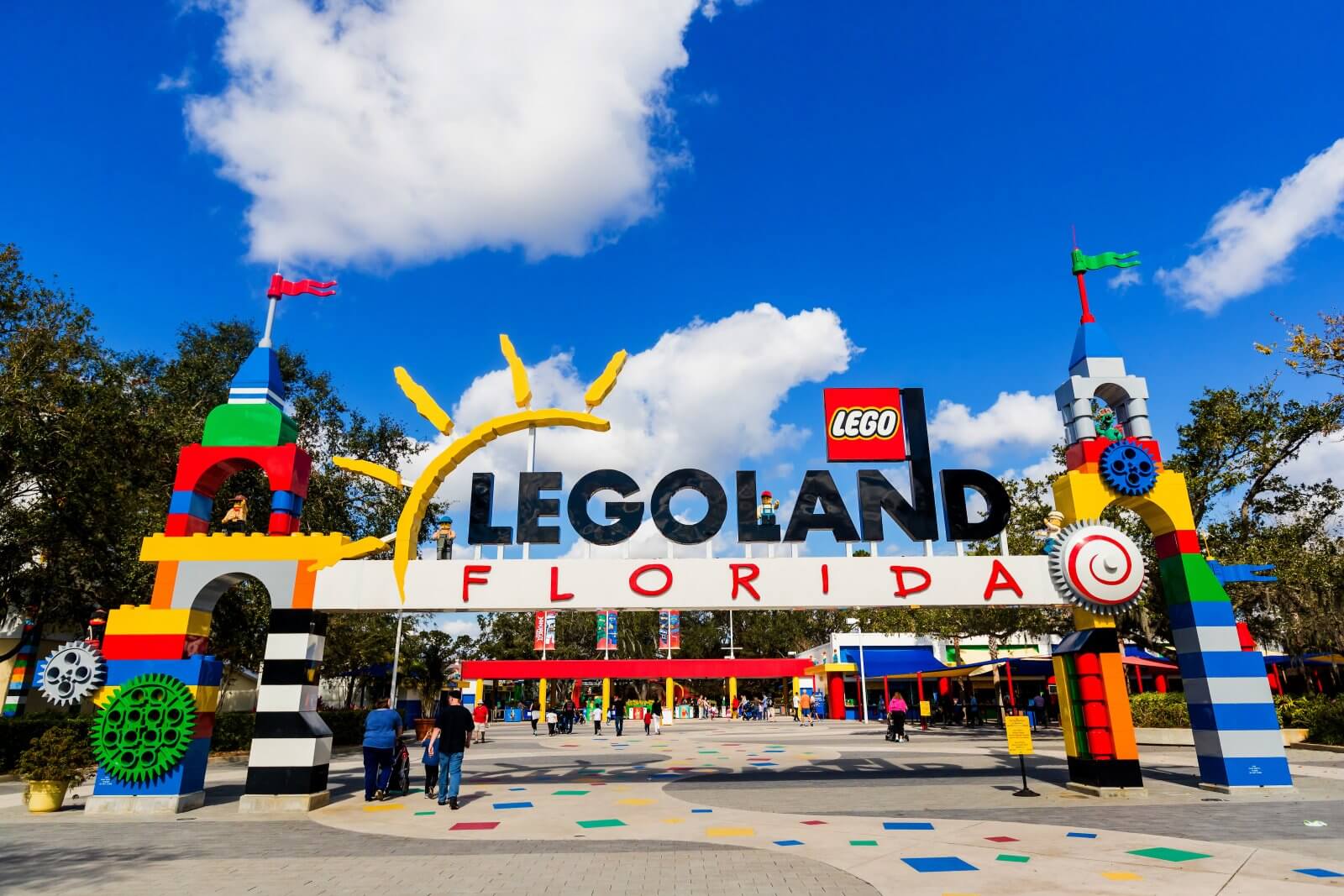 Christmas Bricktacular is celebrated weekends at LEGOLAND Florida, where families can take photos with a life-size LEGO Santa Claus, reindeer, and 30+ foot tall LEGO Christmas tree. The LEGO tree is made from 270,000 green LEGO and DUPLO bricks and creates a unique holiday family photo. A kid-friendly New Year’s Eve is celebrated at 7 pm on December 31 with a LEGO Brick Drop and fireworks.

(MORE: Look for more attractions to visit with the kids for the holidays.)

Outside the Theme Parks 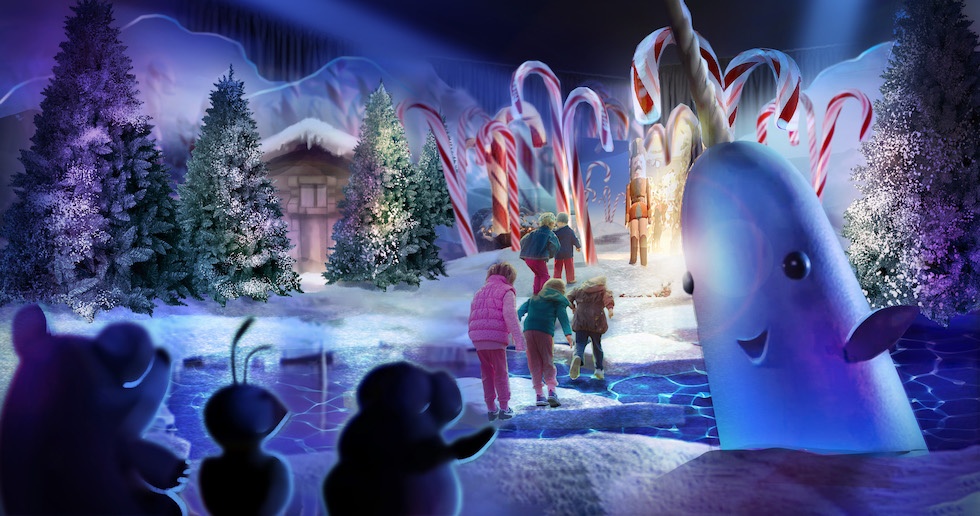 ICE! At Gaylord Palms is an award-winning attraction held at a chilling 7 degrees. Over two million pounds of hand-carved ice sculptures are created by a team of 40 skilled artisans. This year’s theme is The Nutcracker, and the Sugar Plum Fairy, Mouse King, and twirling ballerinas are brought to life to create a frozen wonderland. ICE! Also features four ice slides, an ice-carving station, and Alpine Rush snow tubing.

Harry P. Leu Gardens is a 50 acre botanical garden, and the Leu House Museum is fully decked out for the holidays by some of Orlando’s best interior designers. A holiday wreath silent auction benefits the not-for-profit attraction, and guests can stroll along the garden’s meandering paths shaded by ancient oaks, forests of camellias and giant camphor trees.

“Tis’ the Season” for the Festival of Trees at the Orlando Museum of Art featuring dozens of adorned trees, wreaths and gingerbread houses on display, as well as for purchase. The 90-year old Orlando institution will stage its first-ever New Year’s Eve Party with champagne and fireworks.