5 Attractions to Visit in Australia’s The Gold Coast 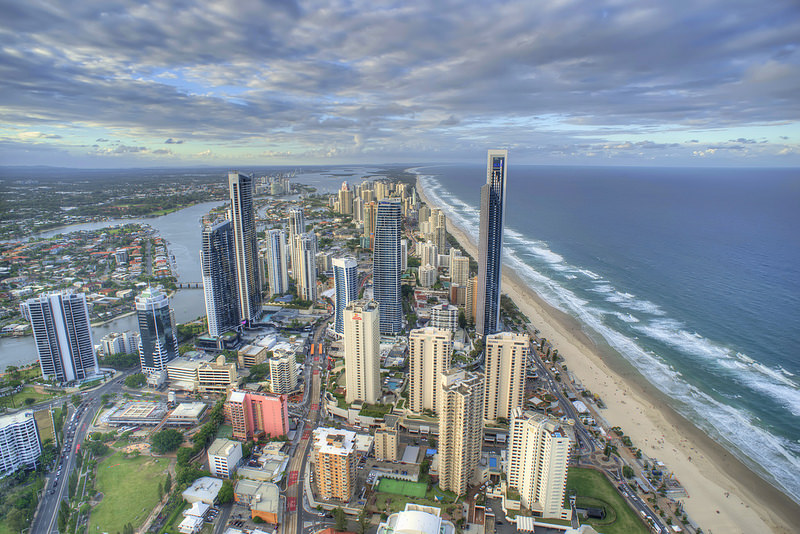 Here are some of the top things to do in The Gold Coast for families with kids. (Flickr: Lenny K Photography)

It’s no secret why families flock to Australia’s Gold Coast to soak up the sun and relax in its waters. Located just south of Brisbane, Queensland’s capital city enjoys a sunny, subtropical climate all year long. It’s home to beaches like Surfer’s Paradise, Mermaid Beach, and Rainbow Bay. It also boasts an amusement park list that just won’t quit, and rainforest walks high above the forest floor. In addition, Steve Irwin’s famous Australia Zoo is in the same metropolis as your soon to be favorite beach location.

The biggest question leaps from what is there to do to how you can narrow it all down! For a trip you’ll never forget and a wallet that isn’t completely empty, consider these five top things to do in The Gold Coast for families.

(MORE: A Family’s Travel Guide To Australia with Kids)

The Gold Coast is made up of over 35 miles of beautifully pristine coastline, so its beach list goes on forever. Locals may like one particular beach over the other for its surf breaks or distance from the city. However, if you’re a first time Gold Coaster looking to make the most out of your time, Surfer’s Paradise is where it’s at. This regularly patrolled, minimal wave beach is only minutes walk from hotels, restaurants and shopping. It’s perfect for a fun-filled day, and one of the top things to do in The Gold Coast for families.

If you can only do one other thing besides relaxing at the beach the entire vacation, go to the Australia Zoo. The Crocodile Hunter’s living legacy is alive and well in this animal-loving display of Australia’s wildlife. The Australia Zoo has much more to offer than lizard, snakes and crocs. There are Kangaroos hand feedings, Dingo kisses, and Koala Bear hugs too. But don’t be fooled! Their reptile shows are sure to become a memory the kids won’t soon forget.

It’s the mother of all amusement parks and one of the top things to do in The Gold Coast. DreamWorld is Australia’s largest theme park, with several different themed lands, and over 40 attractions. There are rides, animal exhibits, and daily shows. Wiggles World, based off the popular Australian TV show the Wiggles, will keep the little ones entertained all day long. DreamWorks Experience features a more teen range of attractions and an introduction to the park’s thrill rides. Ocean Parade, on the other hand, is the largest area and might even scare the parents with its multiple large roller coasters. Head to the DreamWorld website for special promotions, 1-7 day passes, and pre-purchased experience tickets.

A trip deep into the rainforests, a top thing to do in The Gold Coast, is as thrilling as it is educational. The Rainforests of The Gold Coast is home to some of Australia’s only Glow Worm Caves and the ever-thrilling Huntsman spider. Only found in Australia or New Zealand, the tiny glow worms give off bright light in the pure night of the forest. Join a tour that will pick you up at your hotel and take you right where you need to go. It gives tons of information and warnings about what to be aware of on the ride in. If the rainforest floor sounds too nerve-wracking, have no fear. There are plenty of overhead canopies that operate during the day. You can safely enjoy the layers of lush tropical trees with a beautiful bird’s eye view.

Kilometer after kilometer of beachfront, open-ocean water might be all some people could ever dream of. However, there are others who would prefer a little less openness in their waters. Lucky for them, The Gold Coast has all you’d ever want in the way of beachfront property. It also has an entire back system of canals and waterways in which to play. The inner canals weaving their way through the metropolis give an alternative and safer way to enjoy the water. There are afternoon tea cruises as well as first timer stand-up paddle boarding, kayaking and even dolphin sightings.