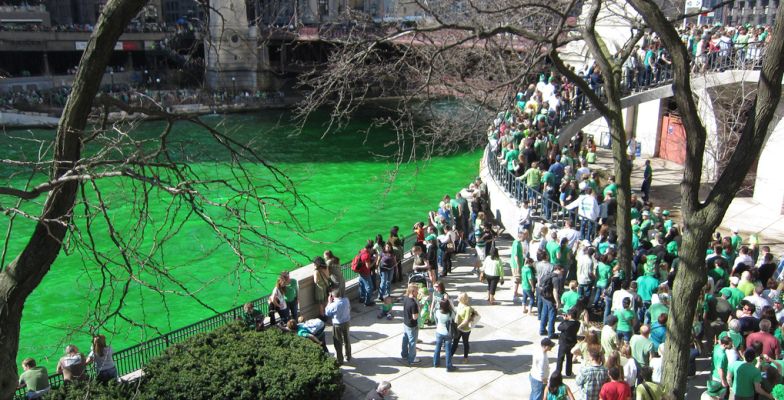 With St. Patrick’s Day falling during what is spring break for many families, it’s a great opportunity to get your Irish on during a family getaway. While nearly every American town throws a party or a parade, these seven celebrations stand out in superlative fashion.

One of the Windy City’s most beloved annual events happens a few hours before the St. Patrick’s Day Parade begins, as spectators line up to watch as 100 pounds of dye is dumped into the Chicago River to turn the water Kelly green. Later, hundreds of thousands of spectators cheer as the parade of floats, dancers, and marching bands follow a route just blocks from Lake Michigan. New York City’s legendary St. Patrick’s Day parade is the largest in the world. Nearly two million spectators come out each year to see over 150,000 bagpipers and marching band members pass along a 1.5 mile route that proceeds up Fifth Avenue, from 44th Street to 79th Street. For the best viewing, be sure to get there early and stake out a spot. The crowds are usually thinnest above 64th Street.

An Arkansas tradition only since 2004, this St. Patrick’s Day parade attracts a crowd of nearly 30,000 to 98-foot-long Bridge Street, said to be the shortest street in the world. Every year, tiny Hot Springs and its diminutive parade manages to find a celebrity grand marshal (this year, it’s Jim Belushi) plus an assortment of Elvis impersonators, dancing leprechauns, and other quirky revelers.

To honor St. Patrick, New Orleans doesn’t dedicate a day so much as a season. With nine St. Patrick’s parades, block parties, and celebrations rolling from mid-March through early April, the Big Easy turns into one big street party. Parade routes are lined with picnickers ready to watch bands, dancers, and stunning floats. 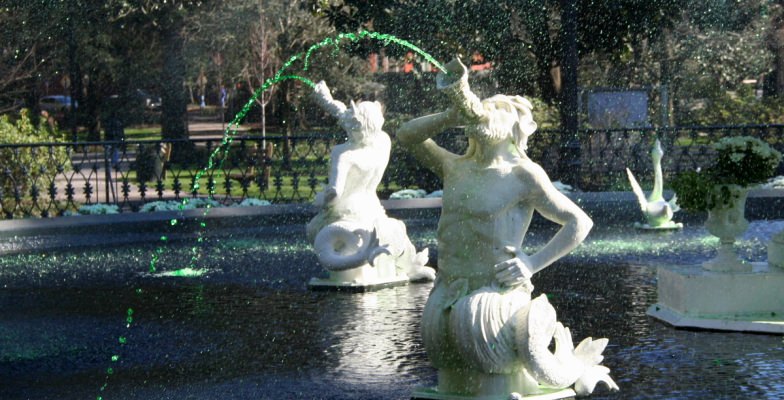 Sultry Savannah has been holding a St. Patrick’s parade since 1813 and draws more than 400,000 spectators for the event. The three-hour parade route goes through the city’s gorgeous Historic Park District, with its many green spaces and fountains where green water flows for the day.

The puny parade in Enterprise, in southwestern Alabama, includes but a single marcher and takes only a few minutes—just long enough to walk one city block and back. At noon on St. Patrick’s Day the lone marcher leaves the Coffee County Courthouse steps, waving the Irish tri-color and circling the Boll Weevil Monument before returning to the courthouse for a traditional reception.

Jody Halsted of Family Rambling contributed this to www.MiniTime.com.

All the Young Dudes