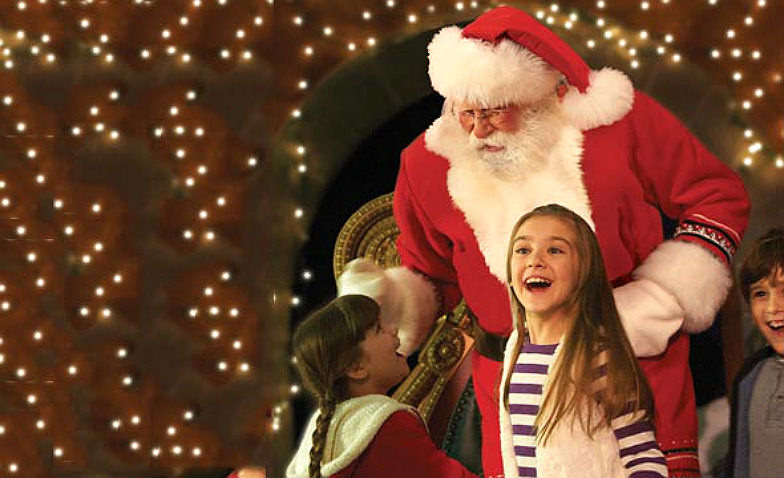 Expect the parks to be especially crowded during the holidays, but don’t let that stop you from visiting during this wonderful time of year. If possible, visit early in the season, or after Christmas when the parks are still dressed up for the holidays.

Bundle up for Snow World, a winter wonderland filled with snowmen, and snowballs at SeaWorld’s Arctic Plaza from Nov. 16, 2014 – Jan. 4, 2015. Meet Santa, have breakfast with him and Shamu, see Santa’s reindeer, and decorate holiday cookies. Don’t miss the nightly lighting of Southern California’s largest Christmas tree. SeaWorld’s 320-foot Christmas Tree of Lights has been a San Diego tradition since 1969. 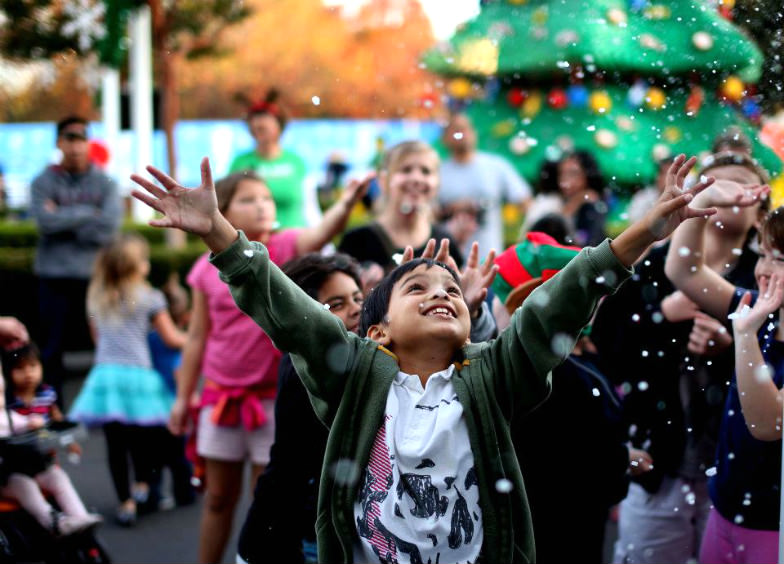 Bust out your gloves and scarves for sliding down real snow in the tubing area and ice skating beginning Nov. 22. Festivities continue with the lighting of the 30-foot-tall LEGO Christmas tree on Dec. 1. Rounding out kid-friendly holiday activities are photos with Santa, live entertainment, nightly fireworks, and a New Year’s Eve party that starts at 2 pm so kids don’t miss their bedtime.

Holidays at the Disneyland Resort, Anaheim 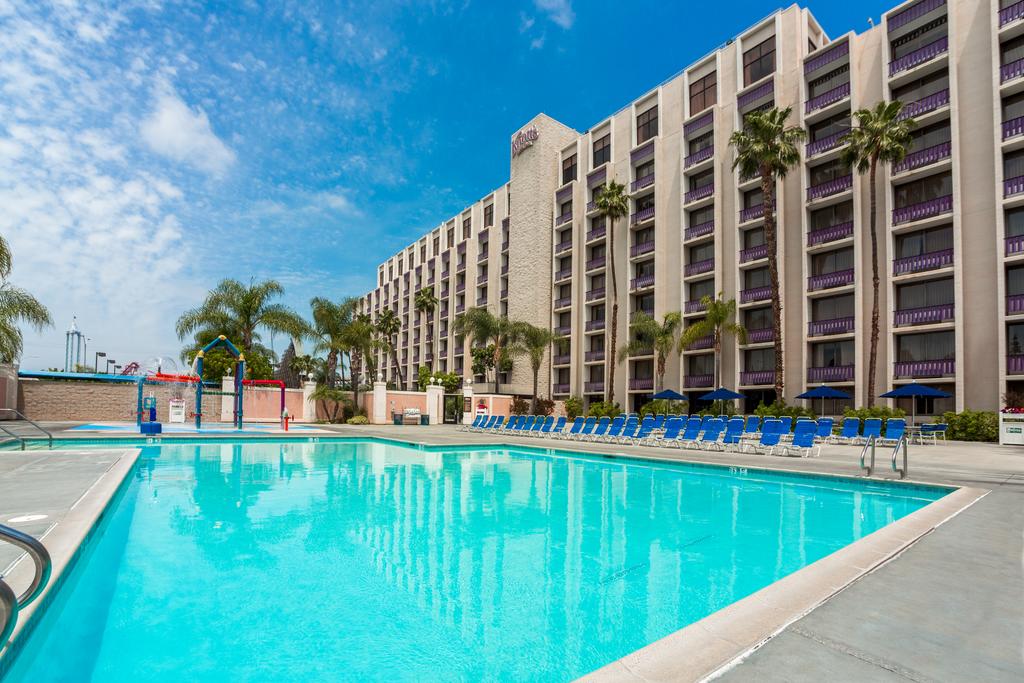 Join the Peanuts gang as they celebrate the holiday season with live entertainment and culinary delights from Nov. 22, 2014 – Jan.4, 2015. Charlie Brown, Lucy and Linus invite kids to sing with them in the Camp Snoopy Theatre, and to watch the world famous beagle in Merry Christmas, Snoopy, an ice skating show. At sundown, a musical tree lighting ceremony features a cast of toy soldiers, snowmen, elves and Snoopy. Drop by Santa’s Christmas Cabin for cookies, a decadent hot fudge bar, winter wine and craft beer tastings (paired with fruit and cheese) and, of course, to visit Santa. Shop for holiday gifts at the Christmas Crafts Village in Ghost Town. 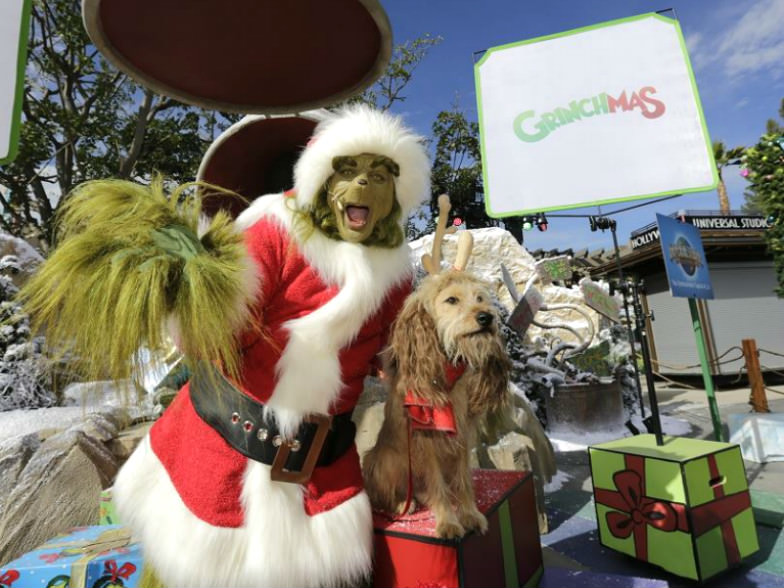 Celebrate the holidays with the Whos of Whoville, the whimsical characters from Dr. Seuss’ “How the Grinch Stole Christmas,” from Dec. 6, 2014 – Jan. 3, 2015. Meet the Whos and take photos with the Grinch and his faithful dog Max. The fun continues at Universal Citywalk, where Santa’s Snow Zone takes center stage. Live holiday entertainment headlines at 5 Towers on select dates.

(TRIP PLANS: See other families’ California trip plans and then make your own.)

Holiday in the Park at Six Flags Magic Mountain, Valencia 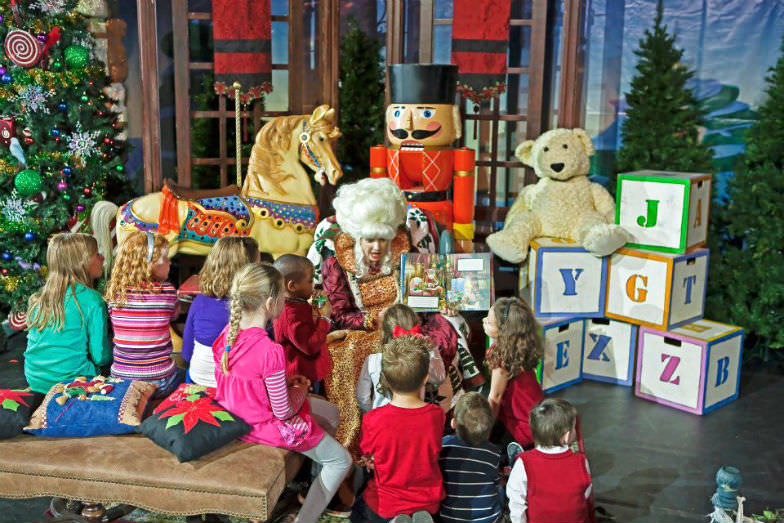 Savor hot chocolate, cider, fudge, and other treats as you take in thousands of colorful lights, visit Santa and sing along with carolers performing yuletide favorites from Nov. 28, 2014 – Jan. 4, 2015. The Six Flags Plaza area transforms into a kaleidoscope of lights, featuring hundreds of thousands of lights on trees, buildings, and attractions. An array of water and lights creates a unique holiday tree in the Six Flags Plaza. More fun includes holiday shows, crafts and a enchanting spectacle-of-lights show featuring contemporary holiday music set to one of the largest programmed light shows on the West Coast.