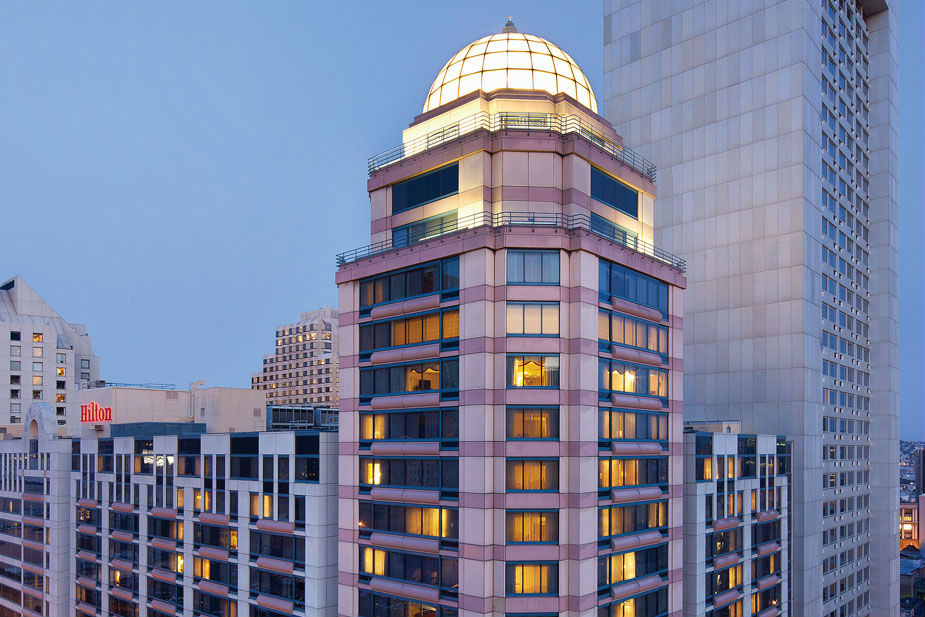 With an abundance of arts, culture, history and sightseeing options, San Francisco is the perfect city for a weekend with kids.

Hilton San Francisco Union Square is a great choice to rest your heads, offering a great location, rooms and amenities meant to assist traveling families. It’s also a reasonable option, in what is considered an expensive city for travelers (and residents). All rooms are cozy and spacious, and offer a nice respite from the action taking place right outside, as Union Square is at close proximity. 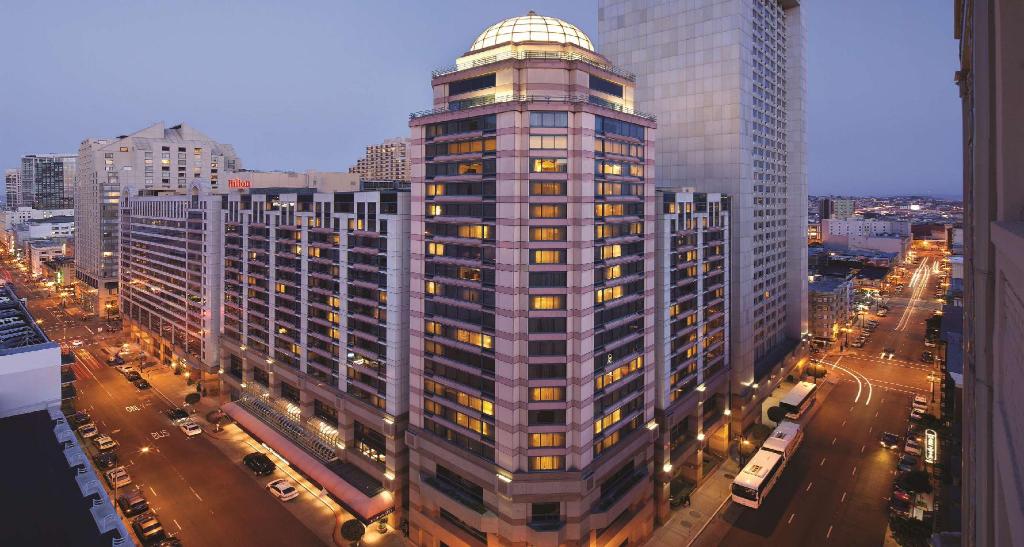 Why Go: The Hilton San Francisco Union Square is situated right in the heart of the city. It puts you within walking distance to cable cars and other modes of transportation including MUNI and BART public transportation. It’s also just one mile from Chinatown and Nob Hill, and you can easily get to some of the city’s best sites – from Fisherman’s Wharf to the Japanese Tea Gardens to Alcatraz. The hotel offers valet and self-parking, on-site dining and other amenities that makes it ideal for traveling families. And let’s not dare forget to mention the breathtaking views from the rooms.

Getting There and Getting Oriented: Located in central San Francisco next to Union Square (O’Farrell Street to the north, Mason Street to the east) the hotel is perfectly situated for transport, its proximity to shopping and many restaurants including Chinatown.

Room Options: The Hilton San Francisco Union Square has three different towers with forty floors. Rooms are comfortable with a modern and minimalist design. They are also bright, spacious and nicely situated, with dazzling views of the city. Rooms include king-sized beds, a desk, closet, mini-refrigerator, coffee maker and a 32-inch LCD television. Junior and corner suites feature oversized bedrooms with small sitting areas and provide more room to traveling families. Amenities for children include select activities, a children’s menu in the restaurant, cribs, high chairs and rollaway beds (for an extra cost per night). The hotel also offers concierge services. 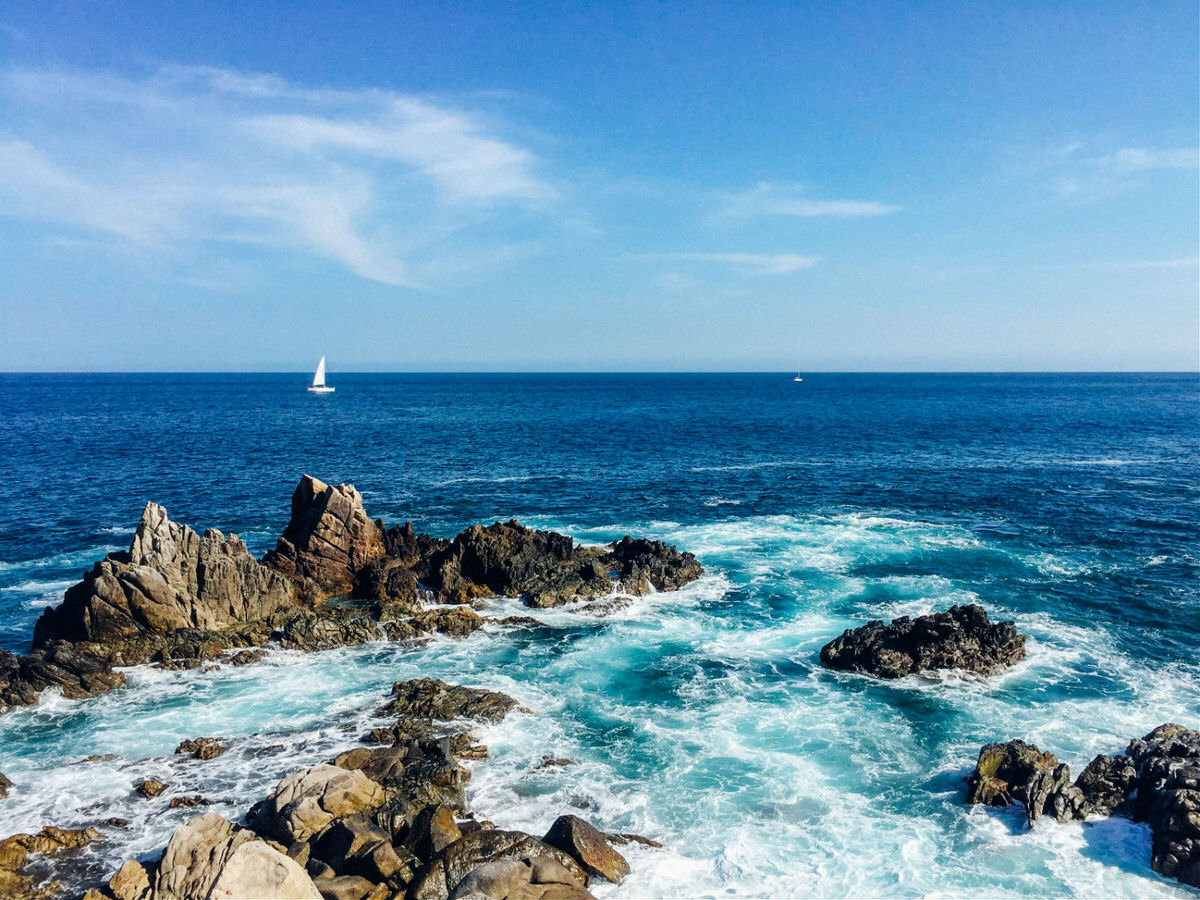 Best Things to Do in Cabo with Kids 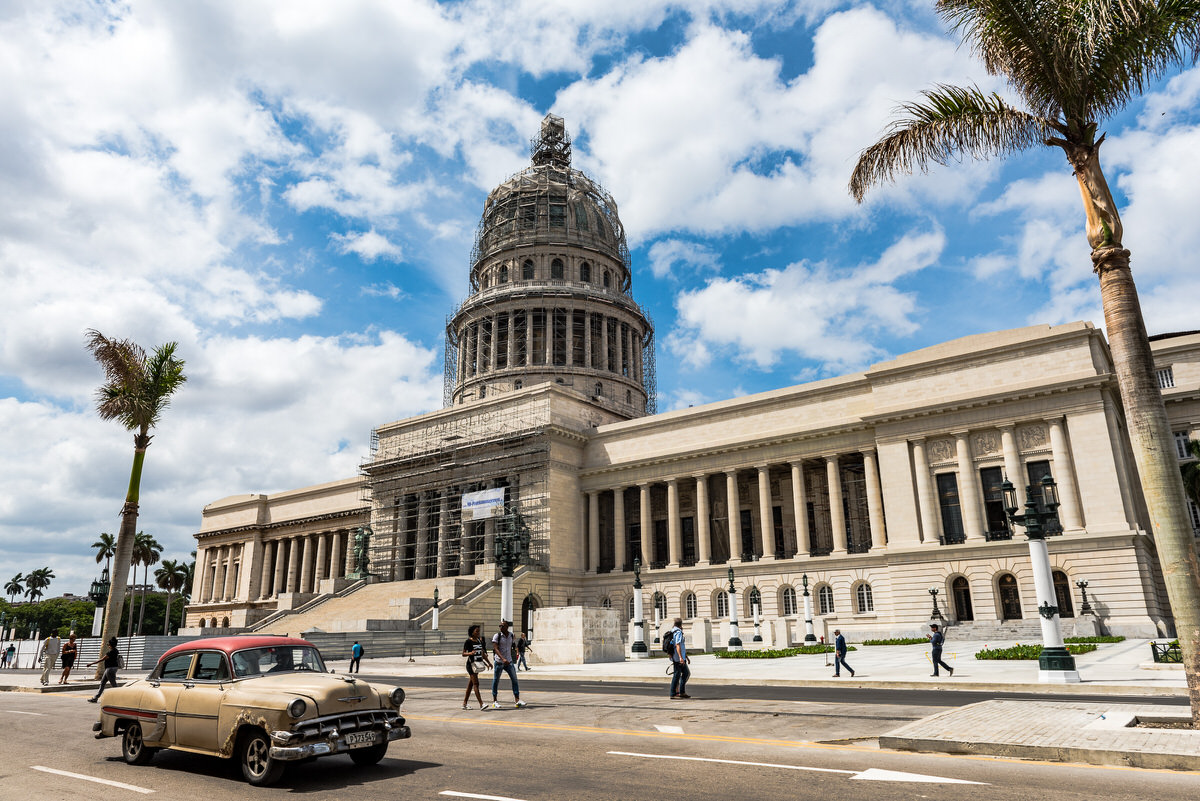 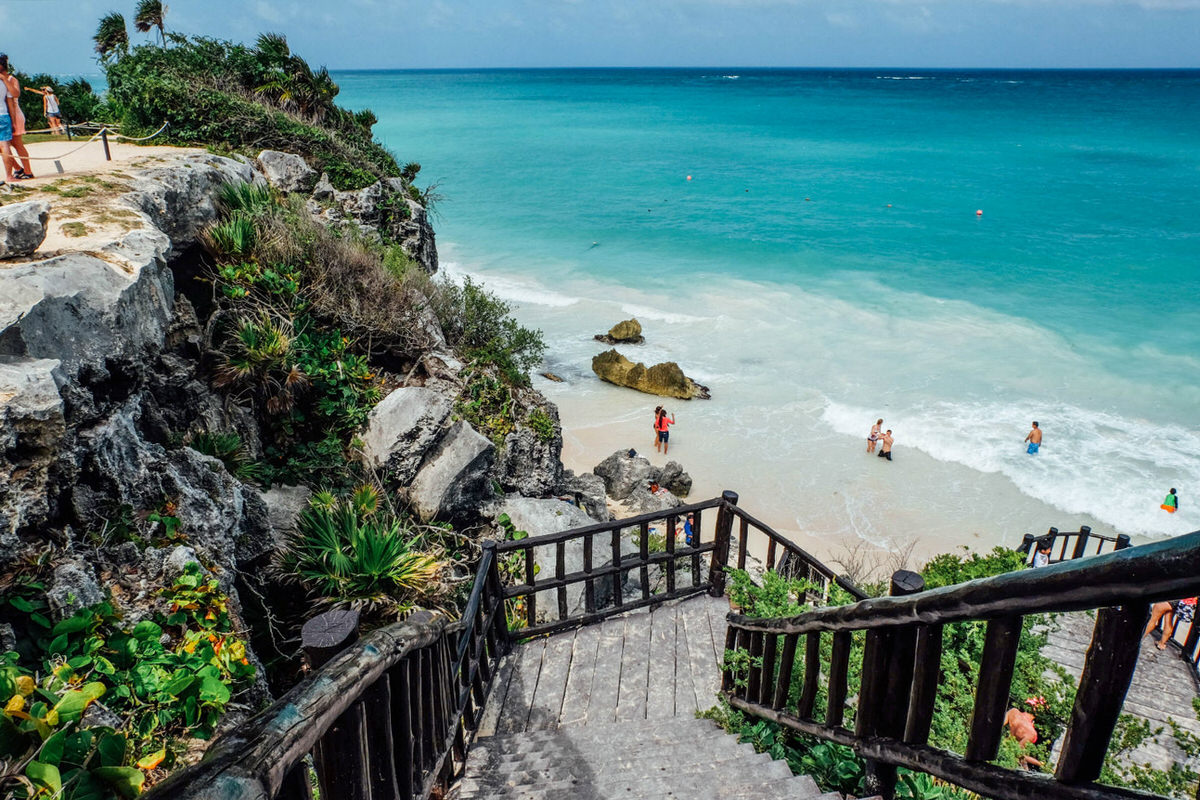 Tips for Traveling in the Riviera Maya with Kids 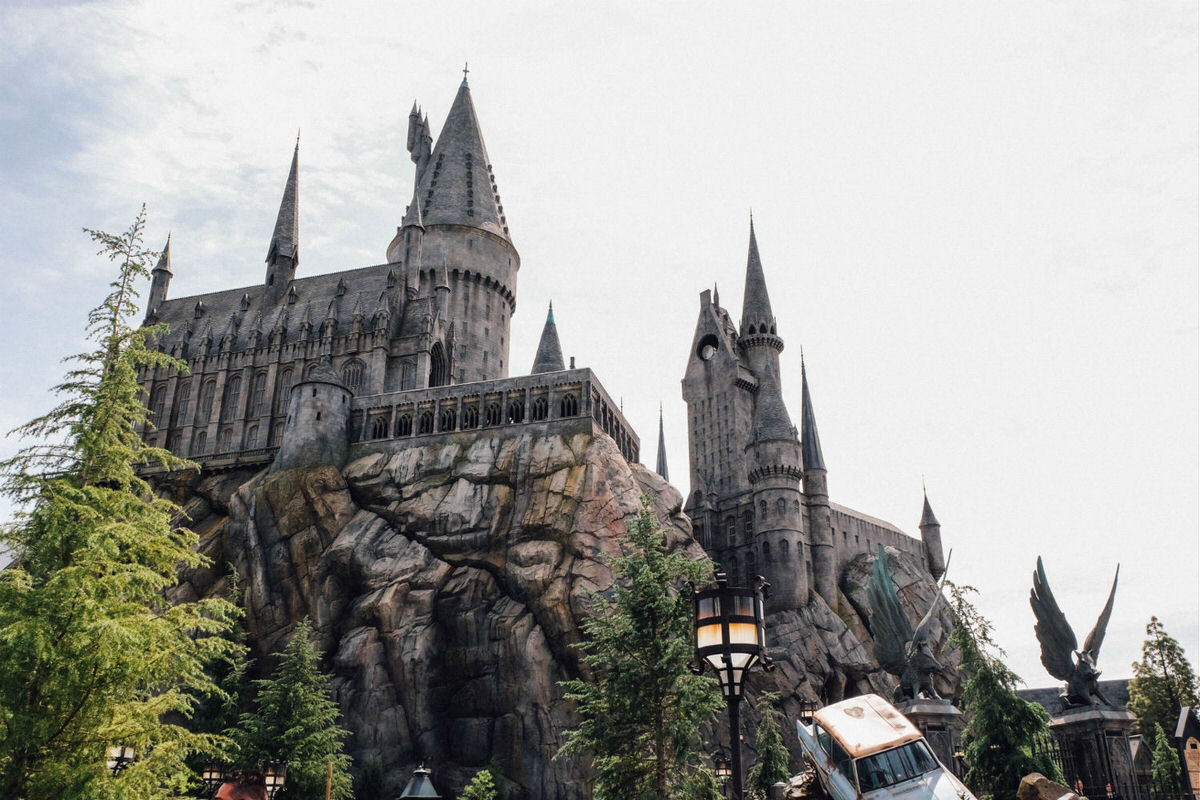 Family-Friendly Activities: The best thing about the hotel is its location. During your visit, you can take the kids for a stroll through Golden Gate Park or savor sumptuous delicacies at San Francisco’s world-famous Chinatown. The hotel also offers a swimming pool and Jacuzzi, perfect after a long day of sightseeing, and a nice escape from the hotel’s busy lobby. The hotel is also just two blocks from a local playground should your kids require a bit of exercise or respite from touring around. 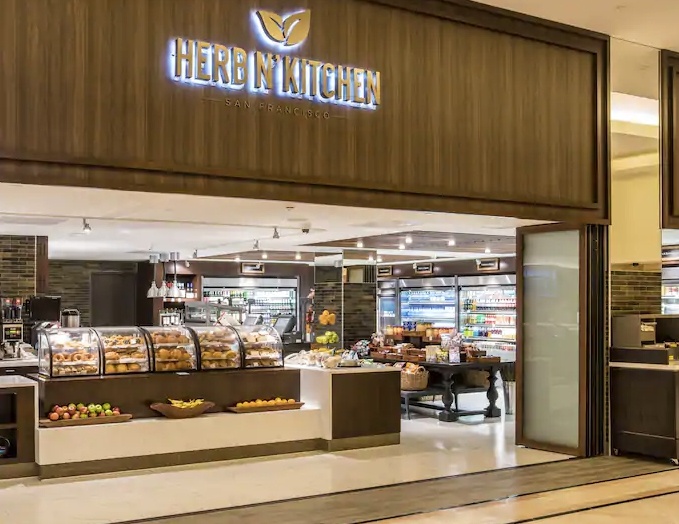 The kids will never go hungry with supplies and snacks on the go at the hotel’s Herb N’Kitchen. (Courtesy Hilton San Francisco Union Square )

Where to Eat: Union Square is full of good restaurants, many of which will appeal to traveling families. If your kids like Italian food, Puccini & Pinetti has a nice kids menu. Pier 39 at Fisherman’s Wharf is a great place to take the kids for a family-friendly meal. There are lots of tourists, but the restaurants are good and and most places are so loud that you won’t have to worry about the kids’ noise levels. If the kids are too tired to go out, the hotel has several on-site options to keep the visit low-key and easy. Food can be found at Urban Tavern or Herb N’Kitchen daily, or one can just order room service. 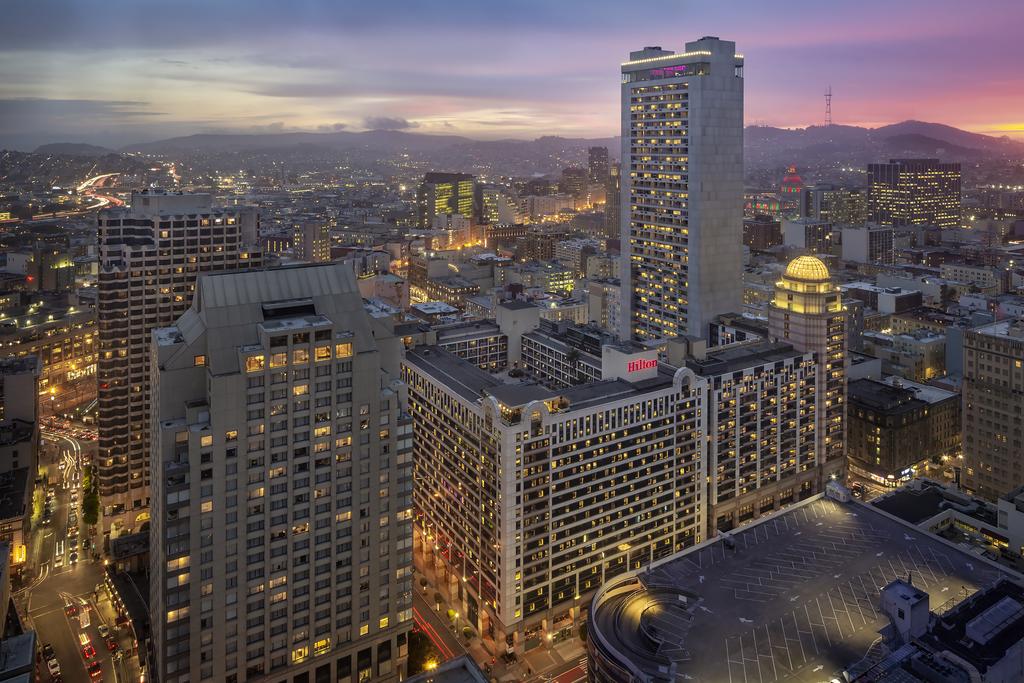 What to Do: San Francisco is such a terrific city to navigate and explore. It’s very hilly, so be sure to use cable cars. It has enormous culinary diversity, and it’s easy to wander into its many nooks and crannies – from Fisherman’s Wharf to the Presidio to Union Square toHaight Ashbury to Golden Gate Park. You can take your kids to explore the murals and art galleries in the Mission or stroll the impossible curviness of Lombard Street. Your kids will feel enraptured by the lure of the Golden Gate Bridge and the amazing views captured from various points in the city

Insider Tips: Check the Internet for specials, such as the Family Fun Package, to find the best deal on the hotel. Speak to the concierge to get tips on what to do and where to eat, and do research in advance of your trip. Parking is on the expensive side so use apps like ParkWhiz to find better deals.

Family Fun in Turks & Caicos: Things to Do in Providenciales