Home » Surviving a Family Vacation with a Picky Eater
Trip-tips

Surviving a Family Vacation with a Picky Eater 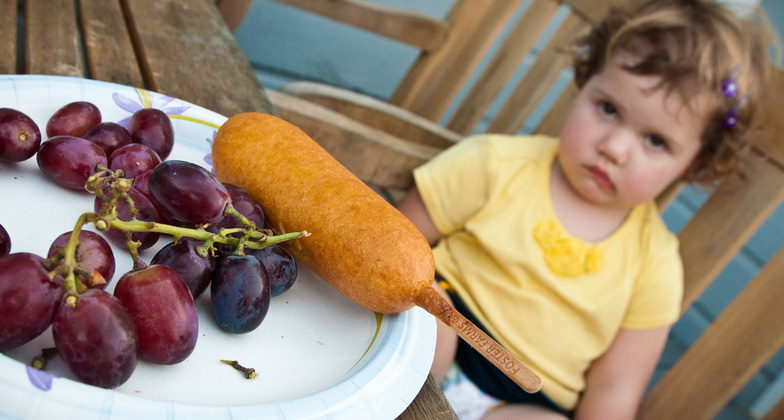 Do you have a picky eater in your family? Then you’re probably an old pro at making PB&J sandwiches, plain pasta, and the dreaded chicken nuggets. You might not even need all your fingers to count the foods your child will eat without a fuss. And you have surely done more than your fair share of coaxing, cajoling, and maybe even begging at the dinner table.

Mealtimes at home might be stressful, but going on vacation just means bringing the problem on the road. Opt for the path of least resistance, and you’ll end up spending your dining budget at fast food joints and pizza parlors. Surely, there must be a better alternative.

We asked Amy McCready, parenting expert and founder of Positive Parenting Solutions for her advice on how to take the stress out of eating out with a picky eater. Amy’s specialty is giving parents the tools to correct their children’s misbehaviors permanently without nagging, reminding or yelling.

www.MiniTime.com: When a family has a die-hard picky eater, every mealtime can feel like a battle of wills. But how does it come to that? Are picky eaters born or raised?

Amy McCready: There is some research to suggest that a certain percentage of kids may be categorized as “supertasters,” a condition characterized by having more taste buds than the average person. Researchers believe the increased number of taste buds may explain an aversion to certain fruits and vegetables.

Anatomical differences aside, however, most picky eaters don’t start out being picky eaters. It’s a habit that develops over time and is reinforced by common parent behaviors such as rewarding the child for eating everything on this plate or for trying new things. This turns eating into a performance issue, which makes it ripe for a power struggle. One of the best ways for a child to exert his hard-wired need for power is to refuse to eat. The more parents coax, prod, and beg, the greater the payoff to the child in refusing. www.MiniTime.com: So parents shouldn’t give incentives or rewards to encourage a child to try new foods?

Amy McCready: Rewards are not appropriate or effective for getting kids to try new foods. There is abundant research that conclusively proves that rewarding a behavior actually decreases a child’s interest in that behavior. So the more we reward the child for trying a new food, the less interested he becomes in trying new foods in the future.

www.MiniTime.com: So what is a reasonable expectation?

Amy McCready: I encourage parents to abandon the notion of “success” when it comes to eating. That turns it into a performance issue, which can lead to a host of eating battles down the road.

Amy McCready: I encourage parents to abandon the notion of “success” when it comes to eating. That turns it into a performance issue, which can lead to a host of eating battles down the road.

www.MiniTime.com: What can parents do before a vacation to put picky eaters in a more flexible frame of mind?

Amy McCready: Encourage your kids to do some research before your trip about the places you’ll be visiting. Give them an assignment—with your help if necessary—to discover what foods are most common in that area. You may even try creating those dishes at home as a fun family activity. 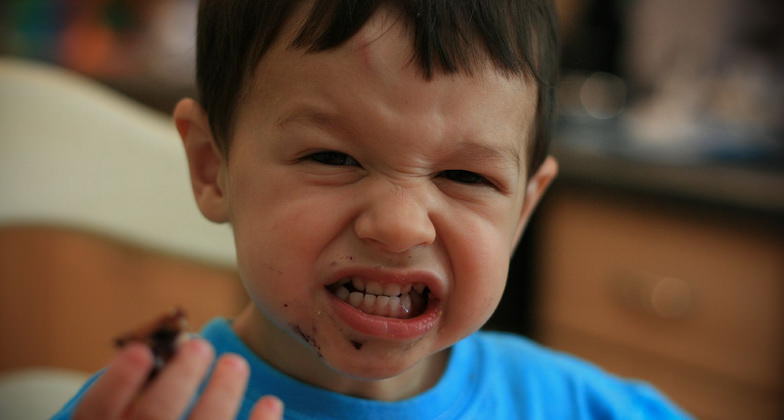 Be sure to do some role playing about what’s okay and not okay when presented with new foods. Saying “Oh gross, I’m not eating that!” would fall into the “not okay” category. Teach your kids alternative things to say like, “That looks interesting. I would like just a few bites, please.” or “That looks interesting, but I don’t care for any tonight.”

www.MiniTime.com: Suppose a family is eating out at a restaurant. When the food arrives, a child refuses to eat. The parents might start to cave in because they don’t want a public scene. So what should they do? And how can they make sure the same thing doesn’t happen again?

Amy McCready: Remember that vacations should be pleasant for everyone. Be sensitive about taking kids to restaurants you know they won’t really enjoy. Try to select eateries where everyone can find something they like. If your child makes a selection on the menu and then refuses to eat it, don’t let it turn into a power struggle. In a calm voice, simply say, “Gosh, I’m sorry you aren’t interested in eating what you ordered. But keep in mind that will be your only food option between now and breakfast. It’s your choice whether you eat it or not.” This creates a logical consequence: the child will eat her meal, or she will be hungry until the next one.

Then don’t say another word. Let your child decide whether or not she eats. Most of the fussing about not eating is usually an attempt to exert negative power anyway. Hold firm and don’t offer any snacks later, even if she insists that she’s starving to death. Calmly remind her that you’ll be going to breakfast tomorrow at 8am and she may want to get a drink of water if her tummy is grumbling.

Parents and kids will have a lot more fun on vacation—and at home—by following these strategies. All it takes is a little preparation and training and a lot of backing off, so that the battle over veggies and other good stuff will all but disappear.

Land of the Free: 5 Fab Freebies in Anchorage